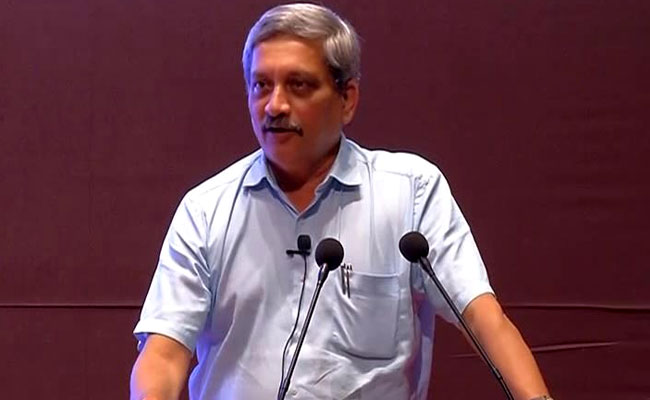 Mumbai: Amid the political clash between the parties over the surgical strikes carried out by the Indian Army across the Line of Control (LoC) on September 29, Defence Minister Manohar Parrikar on Wednesday credited Prime Minister Narendra Modi for the strikes.

“The major share (of credit) goes to the Prime Minister” and also added that he could claim a part of “decision-making ability and planning,” Manohar Parrikar said.

Congress in reply said that Manohar Parrikar doesn’t deserve to be the Defence Minister.

“The statement demonstrates that Parrikar does not deserve to be the Defence Minister,” Congress’ Manish Tewari said.

Earlier opposition leaders including Congress Vice-President, Rahul Gandhi, attacked Prime Minister Narendra Modi and other senior ministers accusing them of taking credit of the Surgical Strike in which Indian Army conducted an operation over terror launch pads in Pakistan-occupied Kashmir.

PM Modi has directed his associates to show discipline and avoid “chest-thumping”.

On Tuesday, Home Minister, Rajnath Singh, said: “the PM has proved to the world that India is not weak.”

Earlier, the Congress had claimed that when they were in power, three cross-border attacks were carried out, but they decided not to broadcast the military operation in order to avoid the dispute with Pakistan and to support the army on the privacy required for such sensitive actions.

Meanwhile, Manohar Parrikar had controversially expressed Pakistan’s refusal of the surgical strikes as the performance of “a patient still in anaesthesia after surgery”.