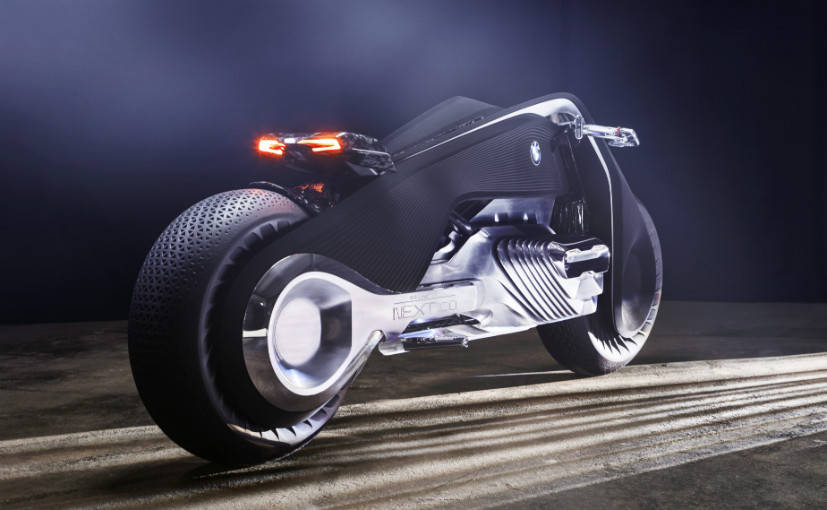 Renowned motor company BMW has stated yet another theory of two-wheelers of the future. This time, it’s a bike influenced by artificial intelligence that is reportedly so reliable that the manufacturers have declared that helmet or any other protective gear is not required while driving.

ALSO READ: Tata Hexa To Be Launched In January 2017!

BMW has claimed that while driving, people won’t have to put their feet on the ground as the BMW Motorrad Vision Next 100 motorcycle will balance itself. 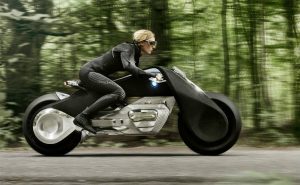 The bike’s self-balancing mode will not only hold the bike straight while driving but will also keep it erect while holding. Completely denying the necessity to support the bike at any position. The bike also has a shape shifting “flex frame” that directs when the bike is turning from a corner side, hence canceling the demand for joints observed in recent motorcycles.

Now the most attractive feature of the bike is the “electronic safety cage” that interacts with smart technology and sensors to dodge crashing. 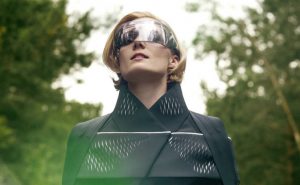 The vehicle also appears with “Digital Companion” technology that will inform and assist riders in probably dangerous conditions, it also includes a ‘Visor’ with a HUD that uses increased presence to impart valuable data to its rider. 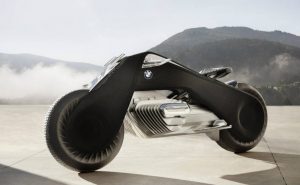 However, BMW hasn’t proclaimed a proper time frame or any plans to launch the bike in the market. Moreover, it is a theory vehicle,that is, it is still unclear whichever of the characteristics will deliver to the last cut.
Therefore the BMW Motorrad Vision Next 100 may persist in the prototype state for years to come. Till then, riders will have to adjust their bikes in the the old fashion manner.