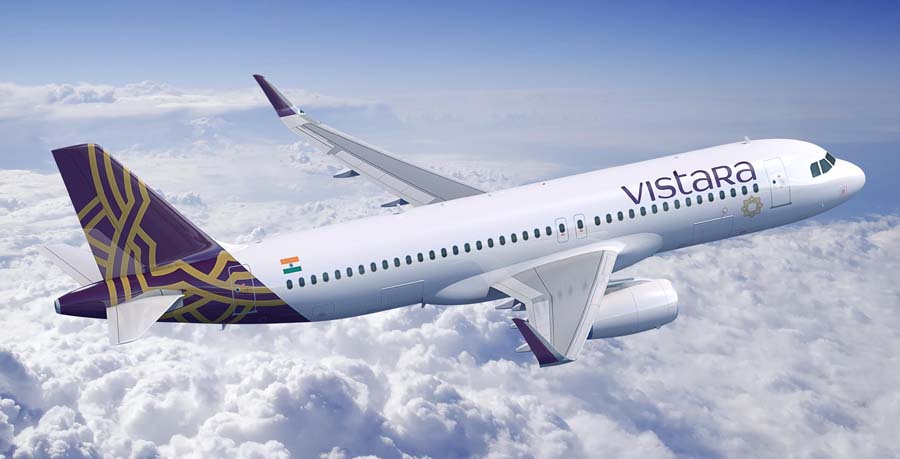 Tata-SIA joint venture airline Vistara has completed the induction of Airbus A320 ceo planes in its fleet, with the arrival of the 13th and the last such aircraft from Toulouse in France this week.

The airline will now induct fuel-efficient A320 neo, which is scheduled to be delivered from the first quarter of the next fiscal. Vistara plans to use the 13th A320 plane in launching its operations from Kolkata to Bangalore, Guwahati, and Port Blair.

“We have taken delivery of the 13th and final A320 ceo plane. The aircraft will be based in Kolkata for carrying out services on Kolkata-Bangalore, Bangalore-Guwahati (via Kolkata) and Kolkata-Port Blair routes,” a Vistara spokesperson told PTI.

“These new services would commence operations from18th October, 2016” the spokesperson added. “The deliveries of the remaining seven of the 20 planes, which are A320 neo planes, will commence from the first quarter of the next fiscal,” he said.

All these seven planes are to be inducted in the fleet by June 2018. “Our fleet is growing bigger and stronger. We welcome the 13th member of Vistara family,” Vistara had earlier tweeted after taking delivery of the aircraft from the Toulouse manufacturing facility of the European plane maker, Airbus.

Vistara, in which Tata Sons and Singapore Airlines own 51% and 49% stake, respectively, currently operates over 430 weekly flights from 18 domestic airports.

As part of its winter schedule, Vistara, the third full-service domestic carrier after Government-owned Air India and Naresh Goyal-promoted Jet Airways, plans to offer a total of 490 flights besides adding some new destinations.

Vistara had commenced operations from its base here in January 2015. It had flown a total of around 2.5 million passengers till August this year with 2.4% market share.