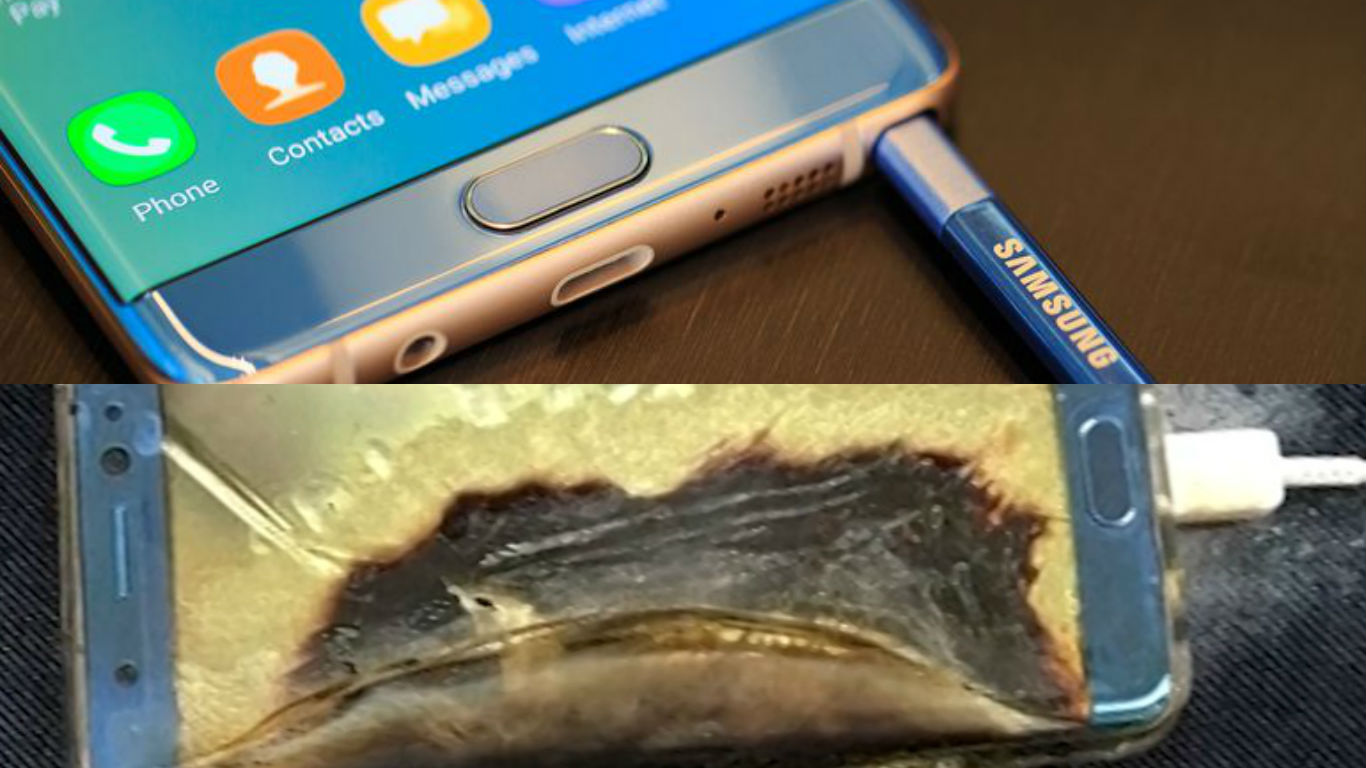 Amid severe bursting fault in Samsung’s flagship Galaxy Note 7, the South Korean teach giant, Samsung Electronics, has temporarily halted production of its Galaxy Note 7 smartphones, following reports that replacements for phone that had been catching fire were also overheating.

Citing an unnamed official at a Samsung supplier, a report said that the tech giant took the unprecedented measure for consumer safety. The latest report shows that Samsung’s troubles with the Galaxy Note 7, which was recalled last month after reports of its batteries catching fire, may not be over.

Samsung Electronics, did not respond to a request seeking confirmation.

The Note 7 recall, Samsung’s first smartphone recall and its handling of the incidents have left the company facing its biggest crisis in years.

The premium phone was hailed by critics as one of the best Android phones when it made its debut in August. Two months later, some consumers called the expensive device “Death Note” after reports that dozens of the smartphones overheated or caught fire, in some cases damaging property or causing injuries.

Samsung seemed to have the trouble under control when it swiftly announced a global recall two weeks after the phone’s launch and promised consumers to replace their existing phone with a new Note 7 with a green battery icon that shows it is safe to use.

ALSO READ: Apple iPhone 7: All you need to know about Airtel and Reliance Jio offers

But consumers started to report that even the new Note 7 with the green battery icon were catching fire. Last week, authorities had to evacuate a Southwest Airlines flight in Kentucky when a replacement phone began emitting smoke.

Passenger Brian Green, 43, said the device was a Galaxy Note 7 he had picked up from an authorized AT&T retailer Sept. 21 as a replacement for another Note 7 phone he returned when the global recall was announced. Samsung had promised that the replacement models were safe.

The Consumer Product Safety Commission is still investigating the incident and had no further information as of Friday.

Before the report of Samsung’s production suspension emerged, AT&T, one of the largest phone retailers in the US, stopped giving consumers replacement Note 7s and encouraged customers with Note 7 phones to exchange them for other devices.

ALSO READ: AirAsia prohibits use of Samsung Galazy Note 7 on its flight