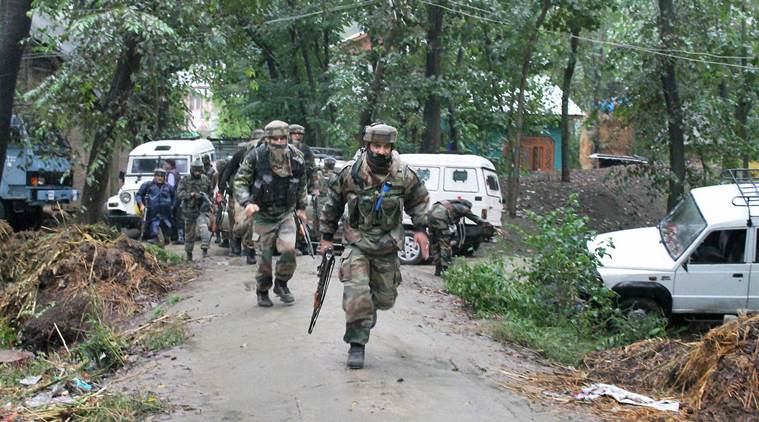 Early morning gunshots in Jammu & Kashmir‘s Pampore district were heard. It happened near the government building as the reports are coming in.

Encounter is underway in the area and 2-3 terrorists are reportedly holed up. Security forces cordoned off the area and the situation is grim. Search operations are underway at the EDI institute campus in Pampore. Earlier, this year in february, the terrorists have entered the EDI campus and killed two jawans.