Despite India’s attempts of being large-hearted, the hate mongers in Pakistan have reached a new low.

Following tension between India and Pakistan in the aftermath of Uri attack, a resultant in Lahore came up with an offer allowing people to express their anger towards Indian Prime Minister Narendra Modi.

A poster outside the restaurant reads, ‘Hit Indian Prime Minister Narendra Modi’s poster with a shoe and claim a free soft drink.’ 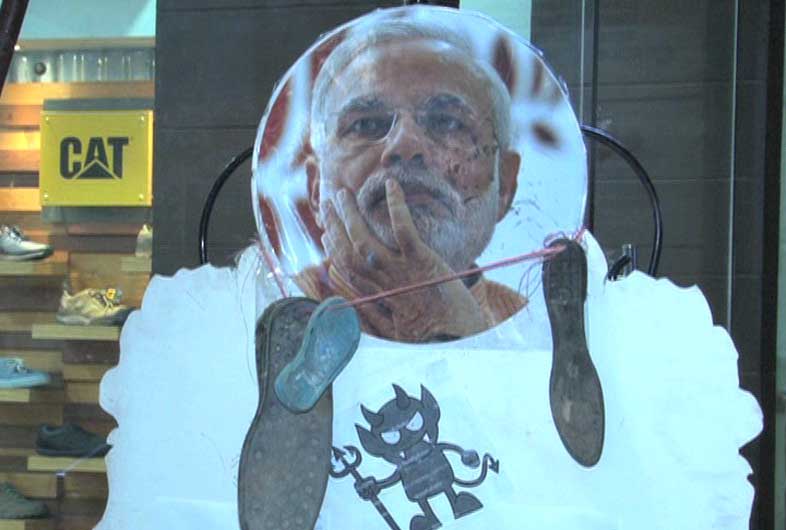 However, the locals one after another picked up the shoe and landed it on Modi’s face to vent their anger.

ALSO READ: Apple iPhone 7: All you need to know about Airtel and Reliance Jio offers

“I am ready to fight him till the last drop of my blood,” a 28-year-old man quoted in a report..