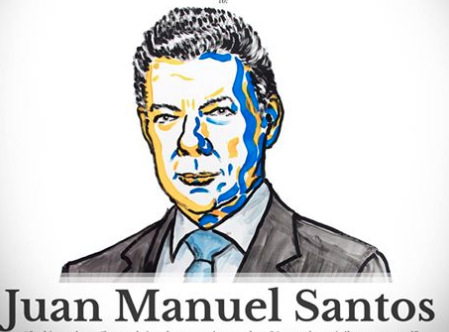 The Norwegian Nobel Committee has decided to award the Nobel Peace Prize for 2016 to Colombian President Juan Manuel Santos for his resolute efforts to bring the country’s more than 50-year-long civil war to an end, a war that has cost the lives of at least 220 000 Colombians and displaced close to six million people. The award should also be seen as a tribute to the Colombian people who, despite great hardships and abuses, have not given up hope of a just peace, and to all the parties who have contributed to the peace process. This tribute is paid, not least, to the representatives of the countless victims of the civil war.

By awarding this year’s Peace Prize to President Juan Manuel Santos, the Norwegian Nobel Committee wishes to encourage all those who are striving to achieve peace, reconciliation and justice in Colombia.