Home News For Kids US’ Diwali gift; a special stamp 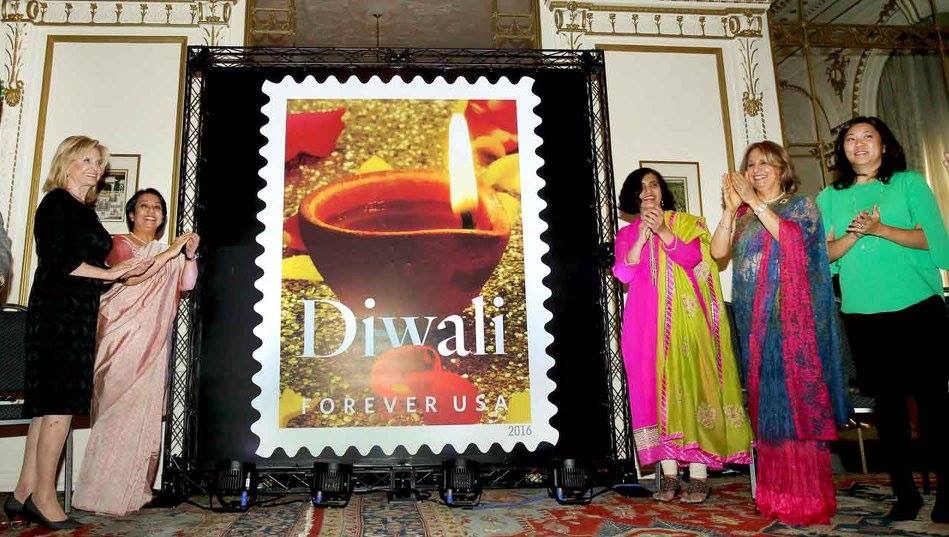 A Diwali stamp was launched in New York by the US postal service, capping seven-year-long efforts by Indian-Americans and influential American lawmakers to commemorate the festival of lights.

The stamp was unveiled at the Indian Consulate at an elaborate “first-day-of-issue” dedication ceremony on Wednesday.

The US Postal Service (USPS) commemorated the Hindu festival of Diwali by dedicating the Diwali Forever stamp.

ALSO READ: GSAT-18 launched successfully on board Ariane-5 from Kourou

The stamp shows a photo of a traditional ‘diya’ lit against a sparkling gold background and the words ‘Forever USA 2016’ written below.

“It has taken many years of hard work and advocacy but light has finally triumphed. Today, Diwali has received its long awaited commemorative stamp and rightfully joins the ranks of other major religious and cultural holidays such as Christmas, Kwanzaa, Hanukkah and Eid,” Maloney said.

Mehra said the postal service is “honoured” to issue the Forever stamp that celebrates the Festival of Diwali.

“We hope these stamps will light up millions of cards and letters as they make their journey through the mailstream,” she said.

Das said she was “honoured” to be part of history as the USPS releases the Diwali Forever stamp.

“Now for the first time there is a stamp that celebrates Hindus, Sikhs, Jains and Buddhists as Americans forever. The Diwali stamp will be a matter of pride for generations to come,” Ranju Batra said.

Ravi Batra said since the start of the American Revolution, “destiny has beckoned the US and India to be the closest allies” and the Diwali stamp “represents nothing short of respectful inclusive indivisibility within America and between two sovereigns.”

Sally Andersen-Bruce of Connecticut photographed the diya and Greg Breeding of Virginia designed the stamp, with William Gicker of Washington serving as the project’s art director.

She said the Diwali stamp would not have become a reality without the “tireless efforts” of thousands of grassroots supporters across the country who wrote letters and signed petitions.

“This stamp represents the triumph of knowledge over ignorance, lightness over dark and good over evil. These values, these virtues, are more important and relevant than ever before and I am thrilled that after many years of fighting for this stamp it has finally become a reality,” she said.