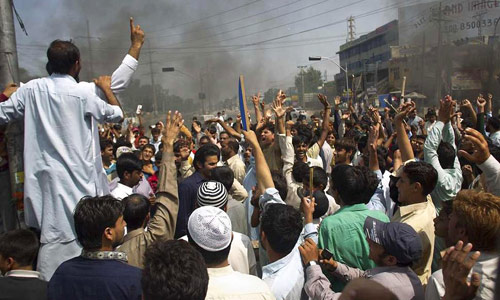 GILGIT: Protests broke out in Pakistan occupied Kashmir since Thursday morning as regional leaders and people asserting that their life had become a ‘living hell‘ because of terror camps in the province.

Citizens of Muzaffarabad, Kotli, Chinari, Mirpur, Gilgit, Diamer and Neelum Valley in PoK allege that their lives have been seriously influenced by terror training camps running in the province.

Protesters are demanding that the Pak government and the defence forces should take immediate steps to destroy terror camps.

Another leader urged: “If an end is not brought to no-go areas in Diamer, Gilgit, Baseen, then we will be forced to take the situation into our hands.”