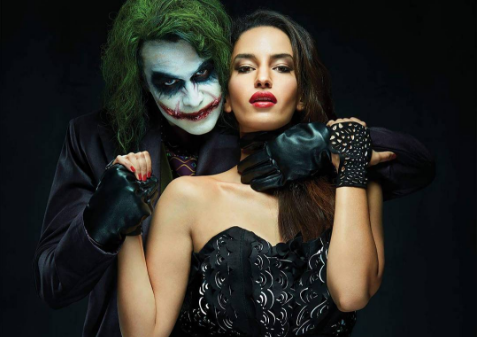 Remember Heath Ledger’s iconic ‘Joker’ look in Christopher Nolan’s The Dark Knight, well after 8-years since it became one of the most popular look, Indian actor Emraan Hashmi adopted the same look and it is very much close to the original one.

Emraan Hashmi’s photoshoot with an entertainment magazine in Joker look is now viral.

Here are the some more snaps from the shoot: