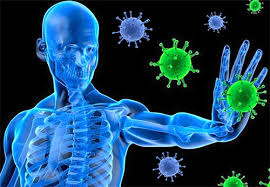 Holiday is the best therapy to rejuvenate your soul, calm down your mind and relax your body, so this research has claimed  that  going on a two week holiday with an essence of charm and peace could boost our immune system and help fight infections. Scientists found out that alteration to living space of mice dramatically changed their white blood cells and prone to have a protective inflammatory effect.

The first evidence that an enriched environment influences the function of T- cells. T cells is a type of white blood cells essential for immunity and involved in HIV , rheumatoid arthritis and other chronic diseases.

To start the study, mice was put in a standard cage which consisted of sawdust and nesting material, it was given normal environment conditions. Then the mice were shifted to much larger and wider cages which were having wood shavings and toys also included coloured nest box, running wheel, fabric tube and swing.

As per the research, after only two weeks the mice’s immune system better prepared to fight the infections and the immune system was completely different and better built.

ALSO READ: A person may soon be cured of HIV

In this research no type of drug was used and the effect of the research was remarkable. T-cells were extracted from the mice and stimulated with an agent that mimics infection.

T-cells from mice living in the enriched environment showed a unique pattern in the release of certain signaling molecules that play a role in immunity. This included higher levels of Interleukin 10 and Interleukin 17, compared to mice in a normal environment, which gives a better response to infection. The T-cells also had a unique genetic fingerprint, with 56 genes that were boosted, many of which are involved in healing and fighting infections.