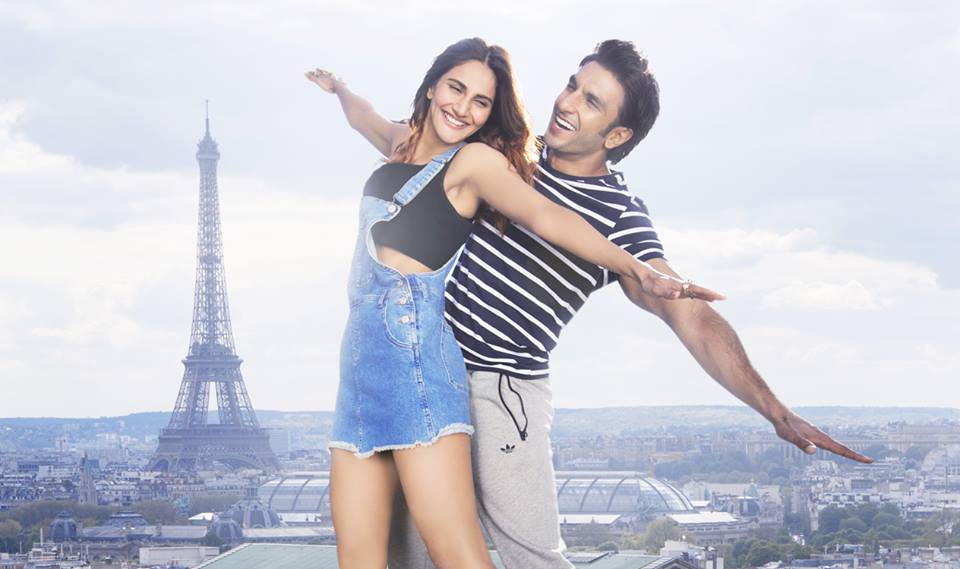 Yash Raj Films (YRF) will launch the trailer of its upcoming flick ‘Befikre’ at Eiffel Tower on 10th October, 2016.

Befikre is set to release on 9th December, 2016, captures the Parisian spirit of freedom and impulsive living. The film arouses a keen interest of the public. Both Ranveer Singh and Vaani Kapoor are seen romancing in some mesmerising locales across Europe. Ranveer Singh was recently seen in Bajirao Mastani and Vaani Kapoor in Shuddh Desi Romance.

Ranveer Singh recently told in an interview ” I have been doing action packed film from some time now. I just want to take a break from that. So I went for doing this fun and light hearted movie.” Four posters of the movie has been released, Ranveer tweeted out the fifth one today.

YRF posted a tweet saying ‘The day is almost here!’ :