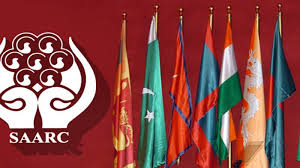 After India and three other countries chose to pull out of the 19th SAARC Summit in Islamabad, Nepal on Sunday stated that the local environment is not favorable for the SAARC summit.

After the terror attack in Uri army base camp on 18th September, Prime Minister Narendra Modi decided not to attend the SAARC Summit. India’s judgment was accompanied by Afghanistan, Bangladesh, and Sri Lanka later.

The Ministry of Foreign Affairs of Nepal,issued a statement, saying, “Nepal regrets that regional environment is not conducive to host the 19th SAARC Summit scheduled for 9 and 10 November 2016 in Islamabad. The host country, Pakistan, has informed the Chair of SAARC of the postponement of the 19th SAARC Summit.”

“As the current Chair of SAARC, Nepal underscores the need for creating a conducive regional environment for the SAARC Summit. Nepal will initiate necessary consultation on successfully holding the 19th Summit with the participation of all member states. Nepal strongly believes that an environment of peace and stability is essential for a meaningful regional cooperation.”
“To achieve peace and stability in the region, SAARC member states must, among others, ensure that their respective territories are not used by terrorists for cross-border terrorism. Nepal unequivocally condemns terrorism in all its forms and manifestations and expresses its solidarity in the global fight against terrorism.

Nepal has always condemned all acts of terrorism in our own region.
“Most recently, Nepal has condemned the terrorist attack on Indian army base in Uri, Kashmir on 18 September 2016, that resulted in the loss of life of 18 Indian soldiers.”