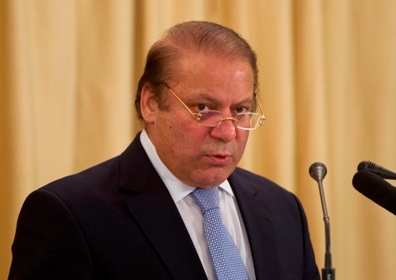 Pakistan today postponed the SAARC Summit to be held here next month after five member states of the grouping decided against attending the meet as India asserted that Islamabad was “compelled to recognise” the regional sentiment against terrorism.

“Pakistan deplores India’s decision to impede the SAARC process by not attending the 19th SAARC Summit at Islamabad on 9-10 November 2016,” the Pakistan Foreign Office said in a statement.

It claimed that the spirit of the SAARC Charter is “violated” when a member state “casts the shadow” of its bilateral problems on the multilateral forum for regional cooperation.

The Pakistan Foreign Office said a new set of dates for holding of the summit in Islamabad will be announced soon, through Nepal, which is currently the SAARC Chair.

“Accordingly, we have conveyed the same to the Prime Minister of Nepal,” it said.

Meanwhile, a regional conference on SAARC’s effectiveness, concluded in Kathmandu today. It suggested for holding the 19th Summit on scheduled date. It also urged the bloc to change the venue for the same if necessary.

“The next SAARC Summit should be held without any unnecessary delay,” former Prime Minister Madhav Kumar Nepal said while sharing the conclusion of the two-day conference.

“While Islamabad Summit is deferred for now, with an understanding of all member states, we can even broach the idea of finding an alternative venue for holding the next Summit at the earliest possible date,” he was quoted as saying by The Himalayan Times.

The Pakistan Foreign Office statement said Pakistan Prime Minister Nawaz Sharif was looking forward to welcoming the SAARC leaders for their participation in the summit. All preparations had been made for “successful” holding of the summit.

ALSO READ: After India, other nations pull out of SAARC Summit

It alleged that the decision by India to “derail the summit” effectively “contradicts” Prime Minister Narendra Modi’s own call to fight against poverty in the region.

“India’s decision to abstain from the Summit on the basis of unfounded assumptions on the Uri incident is a futile effort to divert attention of the world from the atrocities” by India in Kashmir, the Foreign Office said.