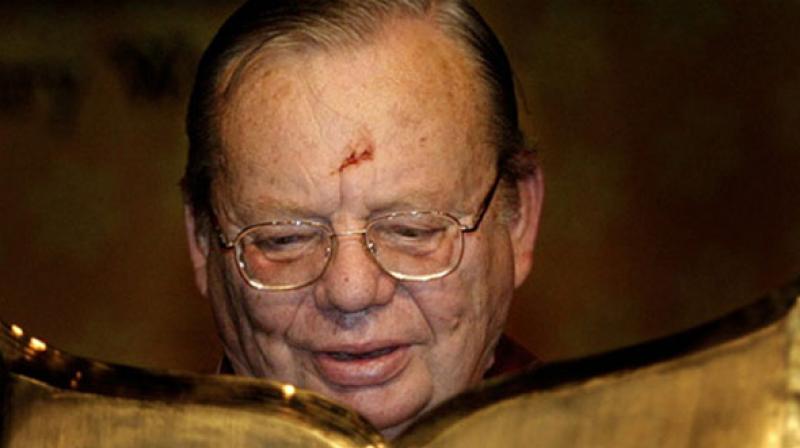 Ghost stories’ fans here’s some good news for you: storyteller Ruskin Bond’s latest offering is a collection of supernatural tales.

“Whispers in the Dark: A Book of Spooks” is an anthology of strange and dark stories. Some of them are all-time favourites while some have been exclusively written for this collection, published by Puffin Books.

In the book, readers will befriend Jimmy the jinn who has trouble keeping his hands to himself, be witness to the mischief of the ‘pisach’ and ‘churel’ who live in the peepul tree, and find themselves in the company of a blood-thirsty vampire cat, among other tales written in Bond’s inimitable style and riveting to the core.

“Everyone likes to hear stories about haunted houses; even skeptics will listen to a ghost story, while casting doubts on its veracity,” says Bond.

According to him, old dak bungalows and forest rest houses have a reputation for being haunted. “And most hill stations have their resident ghosts – and ghostwriters! But I will not extend this catalogue of ghostly hauntings and visitations, as I do not want to discourage tourists from visiting Landour and Mussoorie.

In some countries, ghosts are an added attraction for tourists. Britain boasts of hundreds of haunted castles and stately homes, and visitors to Romania seek out Transylvania and Dracula’s castle,” he writes.

ALSOREAD: India all out for 316 in 1st innings against NZ

In one of the stories titled “Ghosts of a Peepul Tree”, he goes on to describe the different types of ghosts in India. “The villages of India have always harboured a large variety of ghosts, some of them good, some evil. There are the ‘prets’ and ‘bhoots’, both the spirits of dead men, and the ‘churels’, ghosts of women who change their shape after death.

Then there is the ‘pisach’, a sort of hobgoblin; and the ‘munjia’, a mischievous, and sometimes sinister, evil spirit,” he says, adding one thing they have in common: nearly all of them choose to live in the peepul tree.