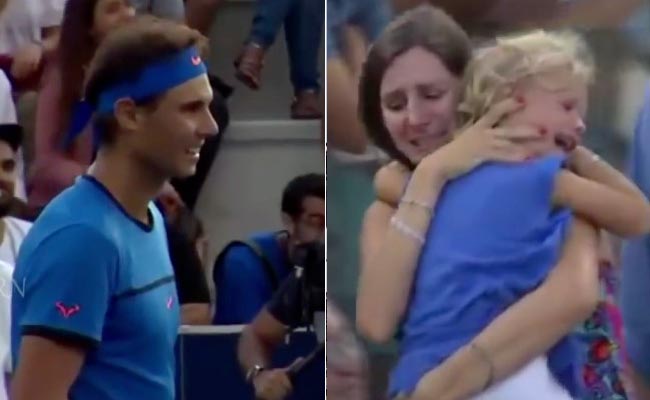 Tennis Superstar Rafael Nadal proved that what sportsmen spirit is. During a recent match, Rafael Nadal stopped his game in between for a woman in the stands to find her daughter who was lost in the crowd.

Nadal was playing a doubles match with fellow Spaniard Simon Solbas, a young tennis player, as his partner against tennis stars John McEnroe and Carlos Moya. As he was about to serve , he saw the woman looking for her daughter frantically.

Several other spectators helped shouting out the name of the girl- Clara. It took a few moments but mother and daughter were eventually reunited to loud applause and cheering. The match was subsequently resumed.

This video will surely put a big smile on your face: