Home Nation PM Modi chairs a meeting of the CCS 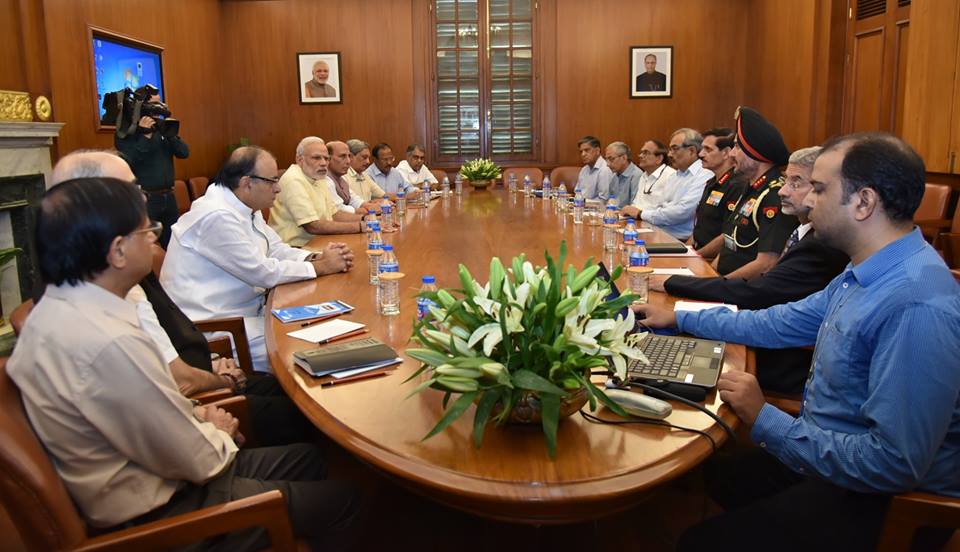 The meeting has been chaired by the Prime Minister following the ceasefire violations by Pakistan, putting off a planned meeting on the review of Pakistan’s “Most Favoured Nation” status after the Uri terror attack in which 18 soldiers were killed.

In past 24 hours two ceasefire violations have been reported along the border in Jammu and Kashmir.

ALSO READ: Pak to go ahead with SAARC summit despite boycott