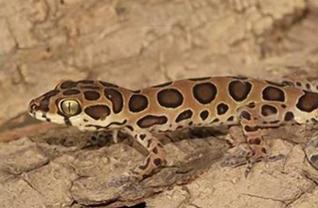 A new species of a ground-dwelling lizard was named after a Bengaluru-based scientist Varad Giri. It was discovered in Goregaon’s Aarey Colony and Thane’s Badlapur forested belts. It has been 130 years that the last such gecko was discovered.

The species, is a member of the subgenus Geckoella, which are small ground-dwelling geckos largely found in leaf litter in forests. They are active during night and take refuge under rocks and logs during the day. It grows the length of around 6 cm.

It is the third time, that a species has been named after Giri in the past five years. “This is virtually like a stamp of immortality for the person/s after whom a new species is named” Giri had said.

Earlier, a new snake species and a lizard species were also named after him.