India on Wednesday responded to Pakistan’s terror threat to India with a strong response, which is expected to send a message to Islamabad that it can not bleed India and test the patience of a peace loving democracy.

In a media briefing on Thursday DGMO Lt. Gen Ranbir Singh told media the Indian Army has strike back to Pakistan, as based on specific intelligence, Indian army conducted ‘surgical strikes’ at launch pads on Wednesday night.

This is what Ranbir Singh said:

At least 20 infiltration attempts have been foiled by the Indian Army this year.

It has been a matter of serious concern on infiltration of terrorist along LoC in J&K, DGMO Ranbir Singh said.

According to sources, the operation was carried out 3 km in Pakistan territory on terror launch pads lasted from 12:30 am to 4:30 am. 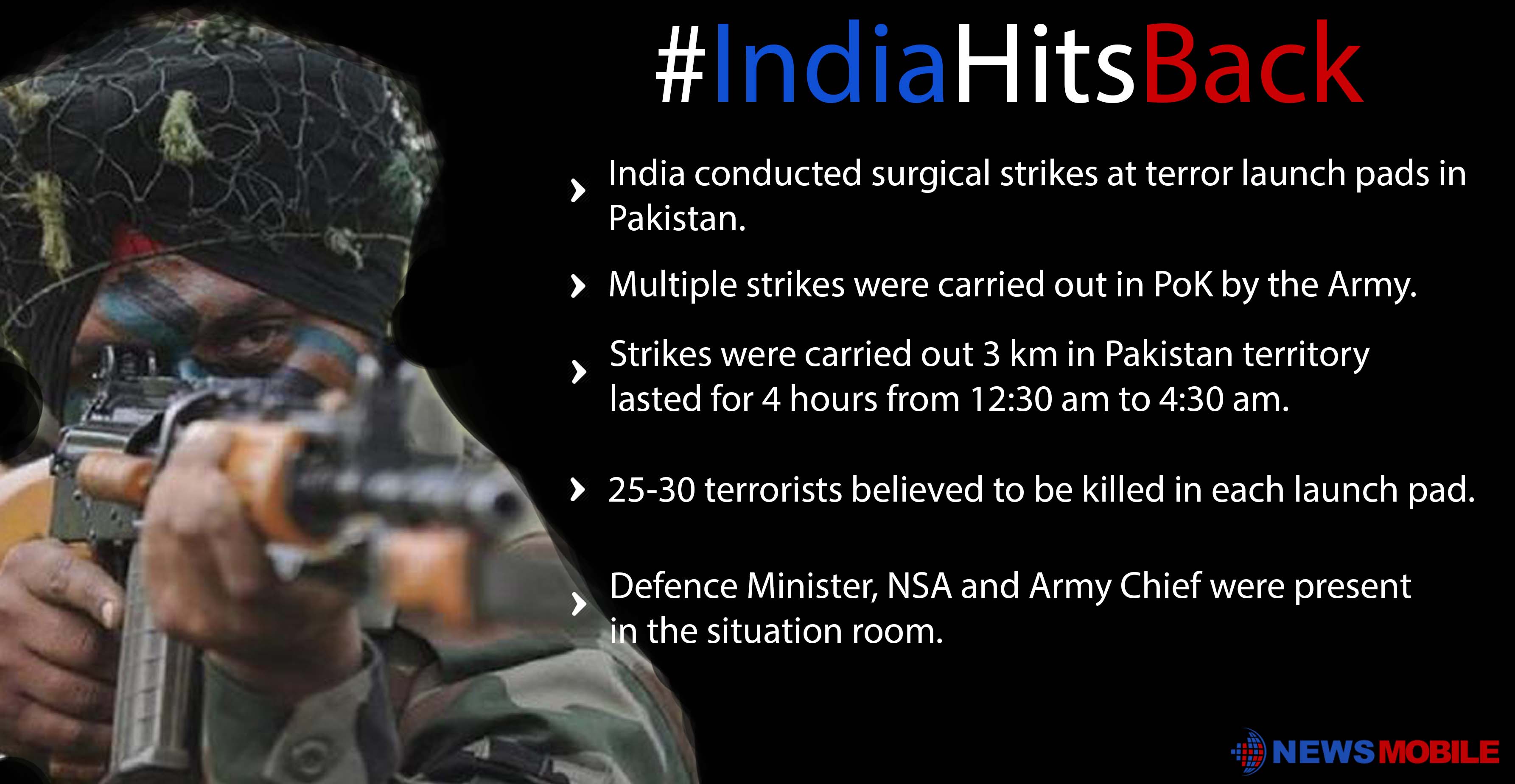 Quick Analysis of latest surgical strikes carried out by the Indian Army along LoC by NewsMobile Editor-in-Chief Saurabh Shukla:

The Indian army said Pakistan is guilty of “increasing infiltration by terrorists along the Line of Control in Jammu and Kashmir” and that recently captured terrorists have confessed to their training and arming in Pakistan.

Global positioning systems or GPS recovered from them established their firm Pakistani connect, the army said.

ALSO READ: PM Modi chairs a meeting of the CCS

The strikes the army spoke of are the first major military action taken by India at the Line of Control after terrorists from Pakistan crossed into an army camp in Uri in Kashmir earlier this month. 18 soldiers were killed in that attack. Prime Minister Narendra Modi has pledged that the attack will not go unpunished.

Meanwhile, Pakistani Defence Minister, Khawaja Muhammad Asif, claimed that this was not surgical strikes, but the cross border fire. Khawaja said “If Indian Army try to repeat it again, Pakistan will respond back,”