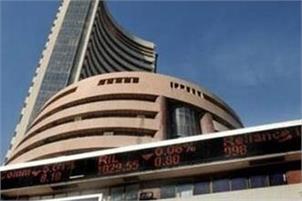 Stocks got back on their feet after two sessions of losses in early trade today as the Sensex recovered by over 138 points driven by a fresh round of buying amid a firming trend in other Asian markets.

The benchmark, which had surrendered 478.85 points in the previous two sessions, was trading higher by 138.46 points, or 0.48 per cent at 28,432.74 with all the sectoral indices led by realty, consumer durables and healthcare supporting the recovery, rising by up to 0.92 per cent.

Brokers said sentiment turned better after investors followed gains in Asia and shrugged off overnight losses on Wall Street ahead of the first debate in the tightening US presidential campaign.

In Asia, Japan’s Nikkei rose 0.17 per cent while Hong Kong’s Hang Seng up 0.80 per cent in early trade today.

The US Dow Jones Industrial Average ended 0.91 per cent down in yesterday’s trade.