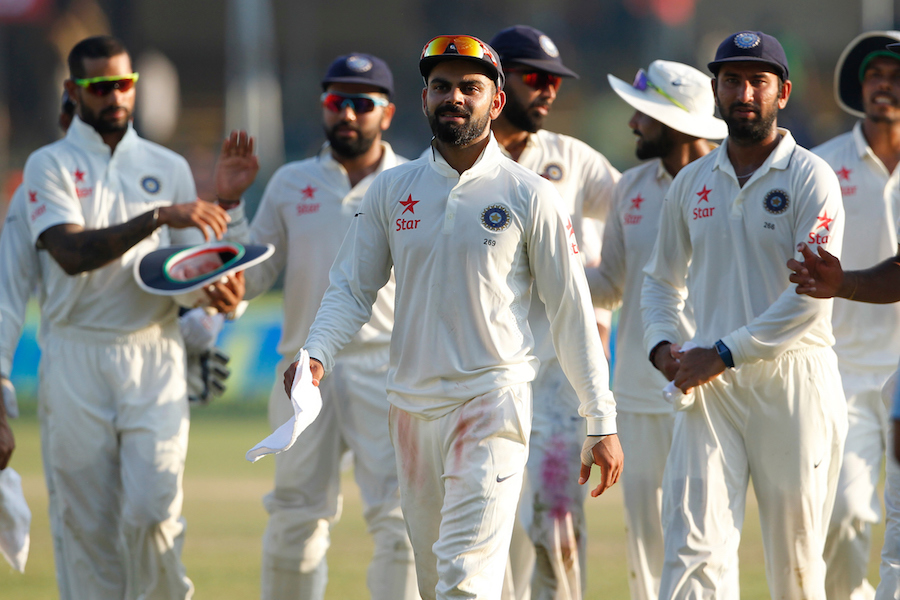 India takes 1-0 lead over New Zealand in three-match test series as the man in blue thrashed Kiwis by 197-runs in the historic 500th test in Green Park, Kanpur on Monday.

Indian bowling attack reduced the kiwis to 205 for 7 at lunch on the fifth day at Green Park on Monday.

Mitchell Santner (57) and Ish Sodhi (2) were at the crease at lunch with New Zealand still requiring another 235 runs with 3 wickets remaining.