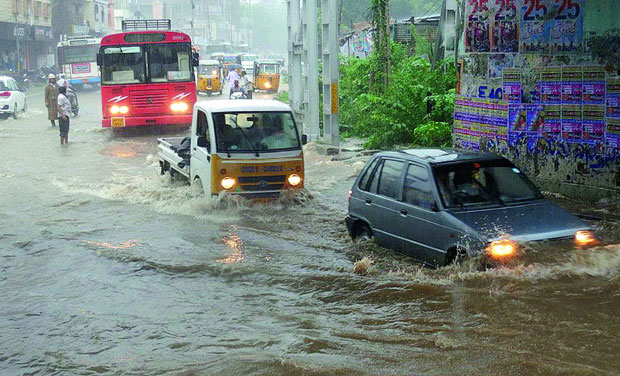 A flood alert has been issued on Sunday by the Water Resources Ministry in the districts around Godavari and Krishna basins in Maharashtra, Karnataka, Andhra Pradesh and Telangana.

“Respective state governments and district administrations have been advised to take highest level of precautionary measures…during the next three to seven days,” the Ministry said in a statement.

The districts which may see low to moderate floods are Nizamabad, Adilabad, Karimnagar in Telangana for next three to four days. This may further extend to Khammam district in Telangana and East and West Godavari districts of Andhra Pradesh in the next four to six days, it said.

Beed, Latur and Nanded in Maharashtra; Bidar in Karnataka; Medak, Rangareddy and Nizamabad in Telangana are also likely to get affected with the release of water from small and medium tributaries into Godavari basin.

Similarly, the districts around Krishna basin which are likely to get affected are — Kalaburagi, Yadgir, Vijayapura, Bagalkote, Raichur of Karnataka, Mahabubnagar of Telangana and Kurnool district of Andhra Pradesh.