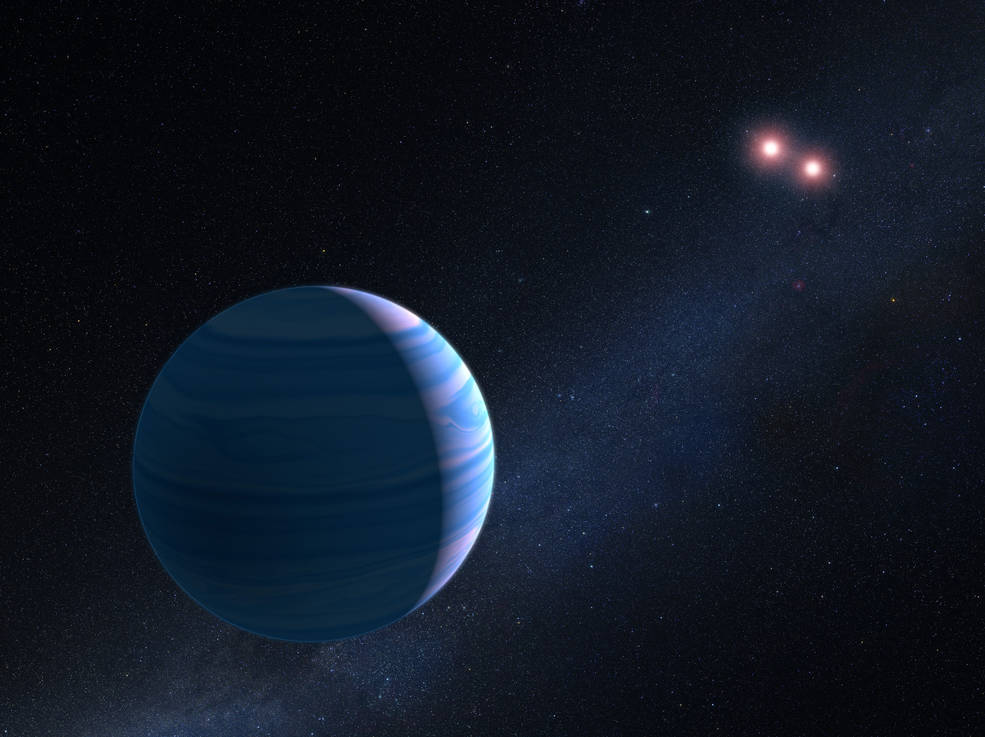 Hubble Space Telescope has spotted a planet that orbits two dwarf Suns. These are located 8,000 lights years away.

The planet is  at a distance of 300 miles from the stars. To complete one orbital, it takes seven years. Both suns are of red dwarf stars and seven million miles apart.

The Hubble observations represent the first time such a three-body system has been confirmed using the gravitational microlensing technique.

The largest telescope at present in space is Hubble Space, it will be replaced by the James Webb Telescope in 2018 which has thrice larger lens (8 meters in diameter).

The Hubble Space Telescope is a collaboration of NASA and the European Space Agency and is in place since 1990.
ALS READ:  Lamborghini launches limited edition Huracan Avio in India at Rs 3.71 Crore
ShareTweetGoogleWhatsappPrint
Mail