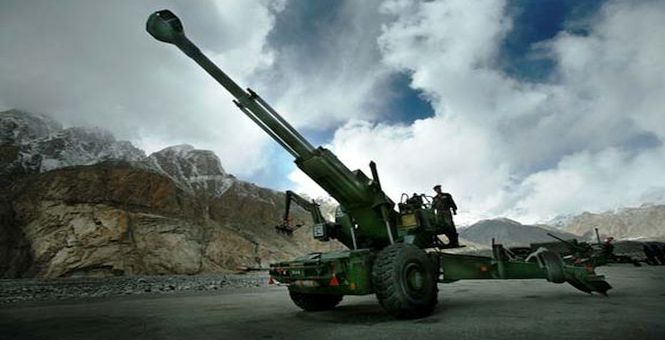 New Delhi: It seems Indian forces are in action following the deadly attack on army base camp in Uri sector of J&K in which 18 Indian soldiers were killed, as Indian army has reportedly moved heavy artillery along the Line of Control (LoC).

According to several Pakistani reports, heavy artillery guns of Indian army has been seen along the Line of Control (LoC).

A report claims that unnamed defence officials of Pakistan confirmed the movement of heavy artillery along the Line of Control.

Earlier on Thursday India called Pakistan ‘a terrorist state’ and accused it of carrying out ‘war crimes’ against Indians through its “long-standing policy” of sponsoring terrorism, hours after Pakistan Prime Minister Nawaz Sharif racked up Kashmir issue at the UN General Assembly session.

In a strong rebuttal, India said the terrorists designated by the UN continued to roam Pakistan’s streets freely and operate with State support.

Exercising India’s Right of Reply to Sharif’s ‘long tirade’ about the situation in the Indian state of Jammu and Kashmir, First Secretary in the Permanent Mission of India to the UN Eenam Gambhir said, “the worst violation of human rights is terrorism.”