New Delhi: The President on Friday released the book ‘Citizen and Society’ written by Vice President, Mohammad Hamid Ansari at Rashtrapati Bhavan in the presence of Prime Minister Narendra Modi.

Speaking on the occasion, Indian democracy is “little noisy” but it always pays rich dividends if the country engages with issues confronting it. The President said there was a need to nurture diversity of Indian pluralistic society where people of different sections live under one flag and one Constitution, a view echoed by Prime Minister Narendra Modi who said people should be proud of this diversity and respect everyone’s contribution. 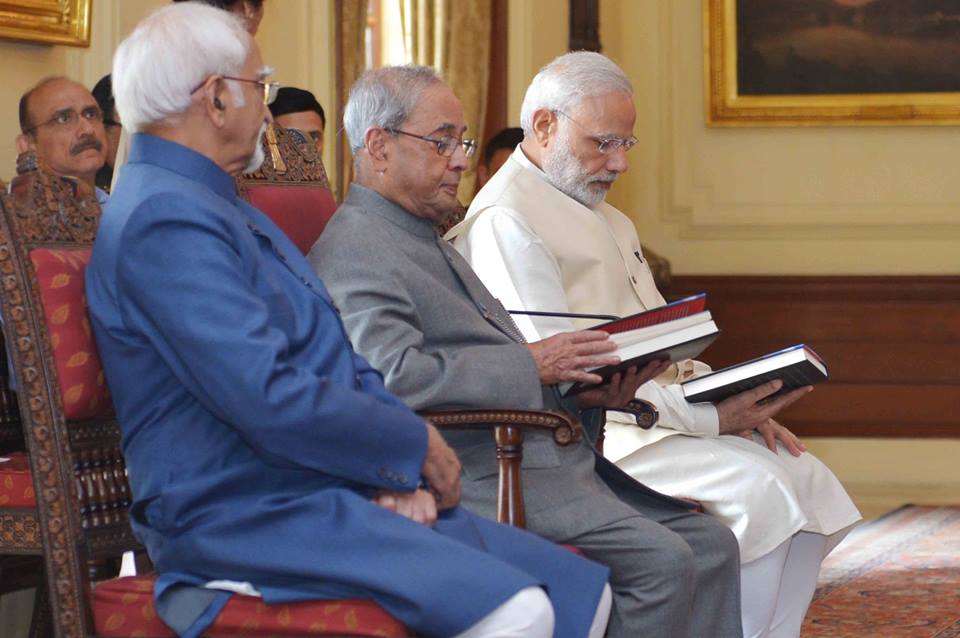 The two leaders were speaking after the release of a book Citizen and Society’, written by Vice-President Hamid Ansari, at the Rashtrapati Bhavan. The President emphasised that without effective engagements, democracy can’t be protected.

“Democracy is always noisy. Perhaps our democracy is little noisier. But it always pays if we engage ourselves with the issues. It has always paid rich dividend,” he said, after releasing the book. Citing India’s diversity with 128 crore people, 1,800 dialects, more than 6.5 lakh villages, all three major ethnicities, Mongoloids, Caucasians and Dravidians, he said yet they live under one system, one flag, one Constitution and this marvel of Indian democracy is to be nurtured.

“It cannot be preserved, protected and advanced automatically,” Mukherjee said. 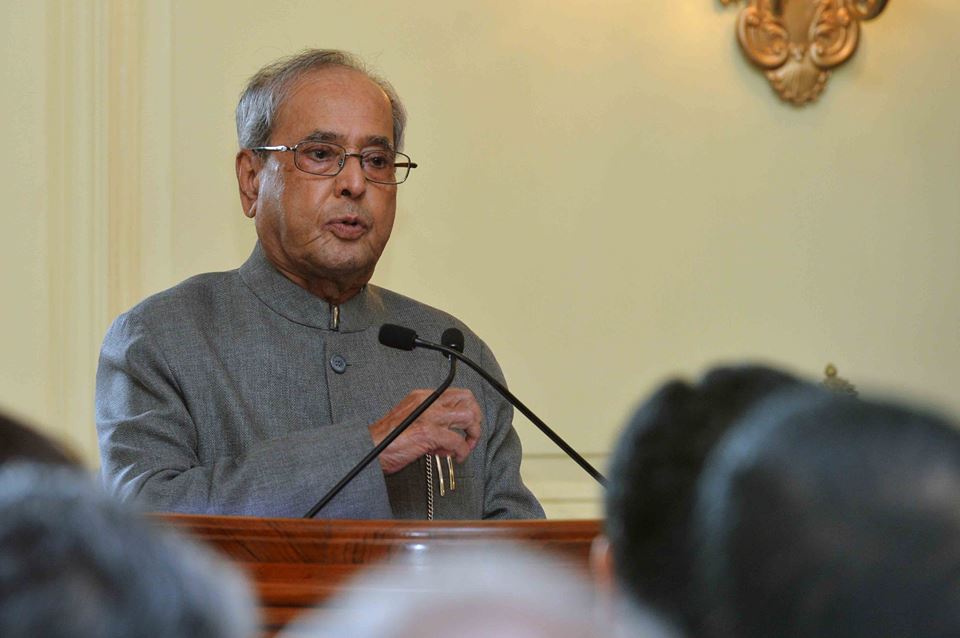 Speaking at the function, the Prime Minister said in India there is a unit called family between citizen and society, which has been our biggest strength.

Underlining that India should be proud to be a country of so many dialects and languages, and so many different faiths, living in harmony, Modi said, “All citizens have made a contribution to make this happen.”

He said the country has power to show way to the society which is moving through difficulties and challenges.

“Its terminology may not be global or come under constitutional definition, but its tradition and rule should be ‘sarvajan hityaye, sarvajan sukhaye’ (welfare, happiness of people),” he said.

A plural society like us needs to develop a mindset to move beyond intolerance to acceptance of diversity,” Ansari said.