In what could be the most unimaginable act, a US university has hired a ‘professor‘ to provide comfort to stressed students and the new faculty member is no renowned academic but a 2-year-old dog.

The University of Southern California (USC) in Los Angeles has hired a Goldendoodle named Professor Beauregard Tirebiter, according to USC News, a university news site run by USC’s communications team.

ALSO READ: 5 Places to visit in your last days of singlehood!

He resides on the second floor of the university’s student health centre, where he provides affection and comfort to stressed students as a wellness dog, USC News wrote. He even has office hours, a uniform and business cards — though he has “trouble handing out the latter”. 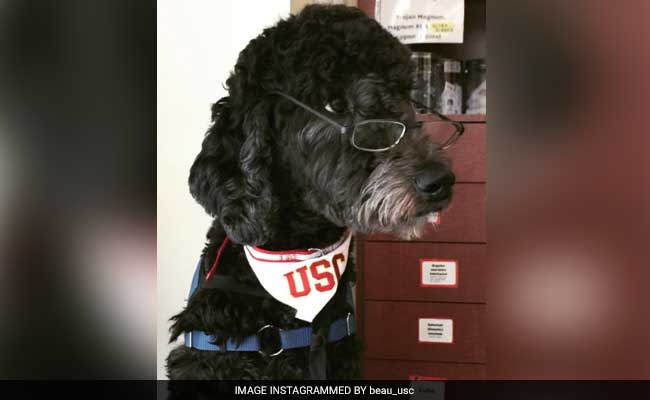 The hope is that Professor Tirebiter will help create a sense of community on campus, in addition to providing therapeutic companionship, said Paula Lee Swinford, director of the Office of Wellness and Health Promotion at USC.

“We wanted to do something that would change our culture,” Swinford was quoted as saying.

Research suggests that positive interactions with dogs can create a sense of calm and well-being, said Olga Solomon, an assistant professor at the USC. 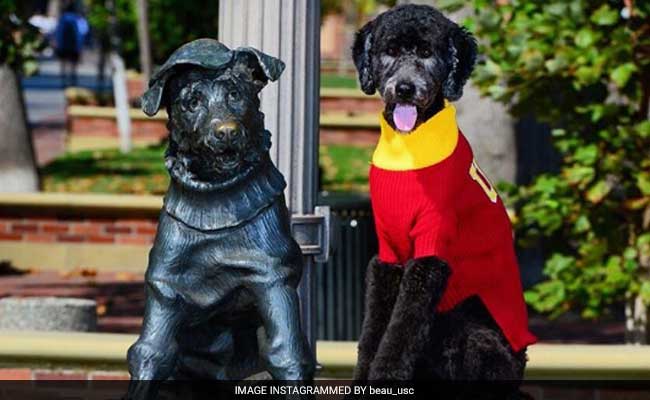 For now, Professor Tirebiter is learning to get comfortable all over campus, in addition to some tricks, said Amanda Vanni, his handler, who is also a health promotion specialist at USC’s student health centre.

ALSO READ: The Businessman Pledged To Sponsor Education Of Children Of All 18 Uri Martyrs!

“I’m teaching him how to do a ‘Fight on’ right now,” she said, referring to the school’s official fight song. “we’re working on a paw out in the air,” she said.