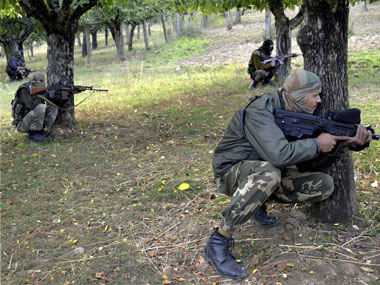 At least 8 terrorists have been neutralised in an encounter in Jammu and Kashmir’s Uri, two days after a terror attack in which 18 soldiers were killed.

A group of 15 terrorists had tried to invade into Kashmir at Lachipura, said sources.

ALSO READ: US pressurises Pak to take steps against terrorism

On Sunday, four terrorists who had crossed over from Pakistan sneaked into an army base, launched grenades and fired at soldiers. They were killed in a three-hour intensive gun-battle.

Tuesday’s infiltration attempt was seen as remarkably large and a sign of an escalation.