Home World Another blast in US 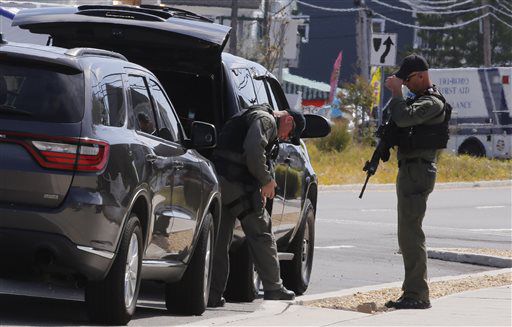 After New York blasts, another attempt of explosion is a shocker. An explosion occured in a garbage can near a Marine Corps charity run in New Jersey. Officials described the explosion device, as a three pipe-bomb-type explosives wired together.
The block was evacuated, while cancelling the charity run.

“The devices were crudely made and had a timer. Only one detonated, two law enforcement.” CNN reported.
Registration for the race had delayed the event, had it been on time, many could have been injured.
No injuries were reported in the explosion.

“We were lucky,” a law enforcement official said.

The FBI and other local bodies are carrying out an investigation. It could be probed as a possible terror act.