Home Politics ‘Not aware of PM’s reported summon to Anandiben’ 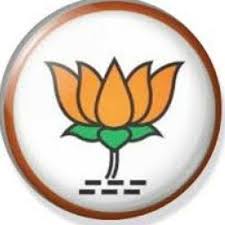 Amid reports that Prime Minister Narendra Modi summoned former Gujarat Chief Minister Anandiben Patel to Delhi over chaos at a Bjp event in Surat, the state party unit has said they were not aware of it and that there was no official communication regarding the development.

According to Gujarat BJP’s media convener Harshad Patel, the former Gujarat chief minister was on a personal visit to Delhi yesterday to inaugurate a crafts exhibition there.

“The state party unit was not aware about PM’s summon or subsequent meeting with Anandiben, as there was no official communication about it to the party. Anandiben was in Delhiyesterday to inaugurate a crafts exhibition. It was a private visit,” he said.

However, sources in the state Bjp claimed it was likely that Anandiben may have Met Modi yesterday.

“Anandiben’s visit to Delhi was unscheduled and the party did not have any official communication about it. However, it is highly possible that she may have Met the PM yesterday and discussed the events that took place in Surat,” a source said.

Anandiben was present on the dais with Bjp president Amit Shah, Gujarat Chief Minister Vijay Rupani and other party leaders when they were booed off stage as members of Hardik Patel’s Patidar Anamat Andolan Samiti created ruckus and vandalised furniture at a programme to felicitate Bjp leaders in Surat last Thursday.

The slogan shouting by Hardik’s supporters continued even when top Bjp  leaders like Shah and Rupani started their respective address, forcing them to cut short their speeches.

The organisers had then abruptly declared the programme closed and the leaders were whisked away.