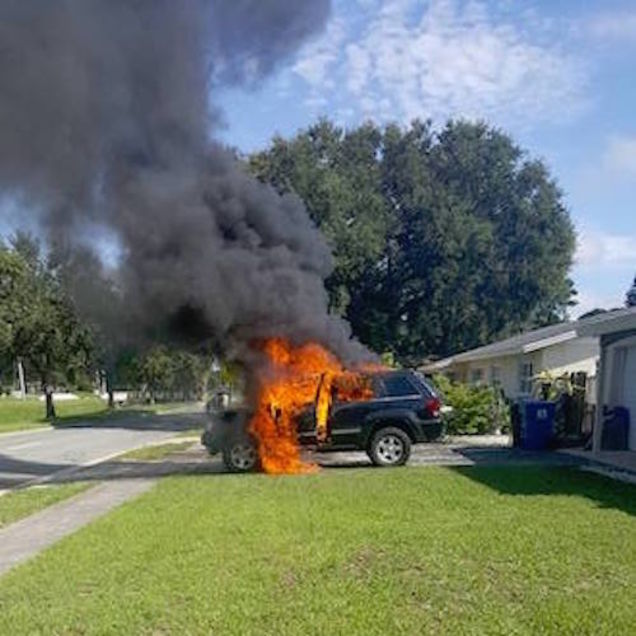 The Galaxy Note 7 was recently recalled for an exploding battery, something this SUV’s owner said he didn’t know. This man from Florida lost his car as Samsung Galaxy Note 7 exploded in it while charging. The complete interior of the car was destroyed.
On Facebook,  Nathan Dornacher noted that while he wasn’t positive yet the phone caused the fire, “all signs are pointing that way.”
He also complained that Samsung hadn’t been much help, “Samsung has blown me off after over a hour on the phone this morning. Never called back as promised. Guess it is time to get a lawyer. You had your chance.”
Earlier, in another incident related to the same Galaxy Note 7 ‘explosion’, in an Australian hotel caused $1870 damage, which was later covered by Samsung.