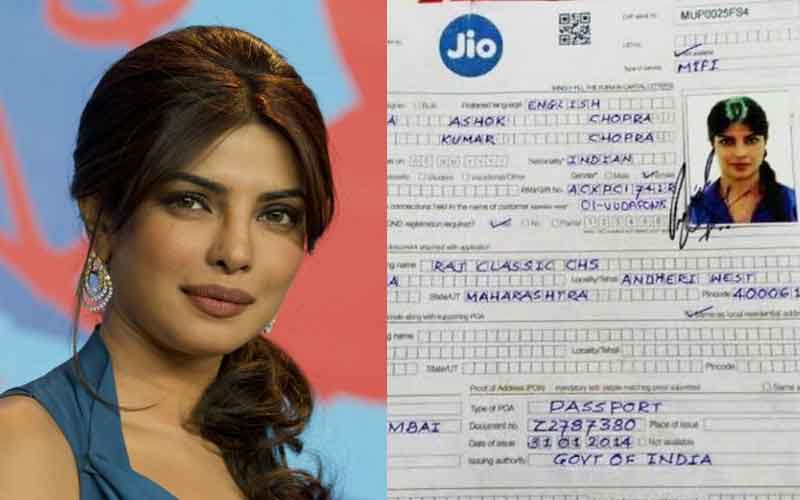 Mere days after Reliance launched their new telecom network Jio, a picture of what resembles to be actress Priyanka Chopra‘s subscription form for the service is making rounds on social media.

Though the authenticity of the picture is still under clouds, but it is not preventing people from sharing Chopra’s alleged subscription form on Twitter, Whatsapp, and others social media platform.

The picture shows the Jio form with the Quantico actor’s passport-sized photo, her signature, and additional details.

Jio was launched by Reliance Chairman Mukesh Ambani on September 1st . The Quantico actor was among various stars who congratulated the Ambanis on Twitter.

Congratulations Nita,Mukesh & the entire team on the launch of #JioDigitalLife. Your vision will be truly transformational for the country.

Priyanka hasn’t talked on the viral photograph yet. She is currently busy in shooting the second season of her television show ‘Quantico’ in New York.