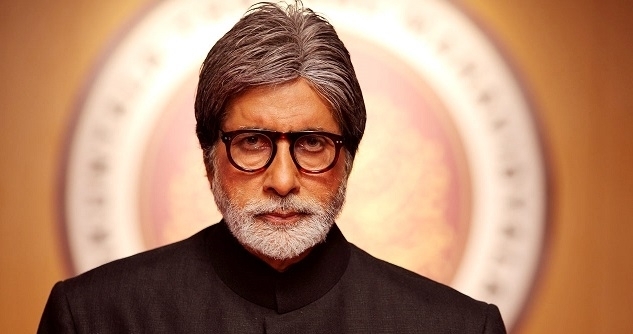 Known across the globe, he is the recipient of three national awards and has been honoured with the Padma Shri in 1984 and the Padma Bhushan in 2001. Bachchan was given France’s highest civilian honour, the Knight of the Legion of Honour for his exceptional career in the world of cinema and beyond.

Bachchan was born on October 11, 1942 in Allahabad, India. His father, Harivansh Rai Bachchan, was Hindi poet, and his mother, Teji Bachchan, was a Punjabi Sikh from Faisalabad (now in Pakistan). He has a younger brother Ajitabh.

His mother had a keen interest in theatre and had been offered a role in a film, but preferred the role of a homemaker. She had some degree of influence in Bachchan’s choice of career as she always insisted he take the centre stage.

Amitabh has seen many ups and downs in his acting career; he made his Bollywood debut in 1969 as one of the seven protagonists in Saat Hindustani, a film directed by Khwaja Ahmad Abbas.

In the beginning his films did not win over the public, some were average and some were total failures. The year 1973 saw the boost he needed with a lead in Prakash Mehra’s Zanzeer that depicted Amitabh as the angry young man. Till 1983 Bachchan was at the peak of his career, with every film starring him turning into a box-office super hit.

After his injury while filming Manmohan Desai’s Coolie in 1982-83, he decided to give a break to his career.

In 1984, Bachchan entered politics with support of his long family friend Rajiv Gandhi. He contested Allahabad’s seat of 8th Lok Sabha against H N Bahuguna, former Chief Minister of UP, and won by one of the highest victory margins in general election history.

Political life was however short lived, resigning three years after from a career he named as a cesspool. The resignation followed the implication of Bachchan and his brother in the “Bofors scandal” by a newspaper, which he vowed to take to court. Bachchan was eventually found not guilty of involvement in the ordeal.

In 2000, Amitabh entered into the Television industry with a reality game show Kon Banega Crorepati, the Indian version of British television game show, Who Wants to Be a Millionaire? Bacchan hosted six-seasons of KBC.

He was also a host for Big Boss (India’s version of Big Brother) for a season. In 2014, he debuted in a fictional television series called ‘Yudh’.

In 2002, when Polio was at its peak in India, with 1,556 cases being detected, Amitabh Bachchan was made brand ambassador for the Polio Eradication Campaign. He filmed many advertisements to create awareness among the people to serve children with Polio Drops with a punch line “Do boond zindagi ki” (Two drops of life).