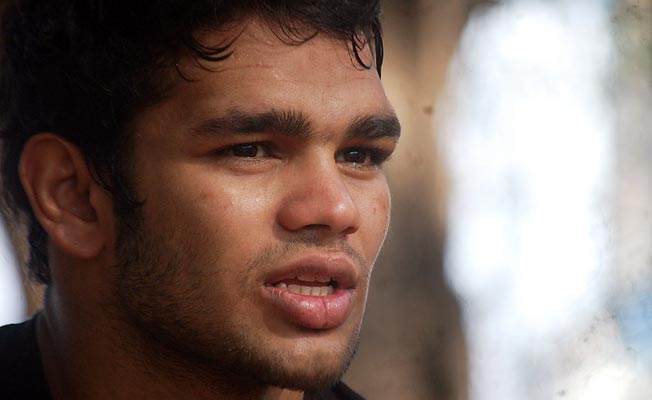 India wrestler Narsingh Yadav has been slapped a four-year ban by CAS following an appeal by WADA. The ban, starting today, means Narsingh will not be able to participate at the Rio 2016 Olympics. He was scheduled to commence his campaign against France’s Zelimkhan Khadjiev.

WADA exercised its right to appeal to the Court of Arbitration for Sports (CAS) after the wrestler’s exoneration by a national anti-doping hearing panel in New Delhi. The National Anti-Doping Agency (NADA) had cleared the wrestler after he tested positive test for anabolic steroids.

Having grabbed the quota by virtue of his bronze in Las Vegas 2015, Narsingh’s road to Rio was fraught with obstacles after he was named to represent India ahead of double Olympic-medallist Sushil Kumar.

Sushil dragged Narsingh to Delhi High Court and a bitter courtroom tussle in June 2016,followed but the judgement went in Narsing’s favour.

Narsingh’s roommate at the SAI centre in Sonipat also tested positive for the same substance but WFI backed the Mumbai-based wrestler’s claims of a foul-play. Days before the Olympics, Narsingh was cleared of doping charges by the NADA who said the wrestler was indeed a victim of ‘sabotage’ and deserved the benefit of doubt. However, his hopes were dealt a massive blow when WADA challenged the NADA’s decision and moved the CAS amid speculation that the wrestler may face a ban up to four years.

The CAS order is quoted below:

“Narsingh Yadav suspended for four years
The decision of the National anti-doping agency of India is set aside
The ad hoc Divison of the Court of Arbitration for Sports(CAS) at the Olympic Games Rio 2016 has rendered its decision in the arbitration between World anti-doping agency (WADA), the Indian wrestler Narsingh Yadav and the National anti-doping Agency of India (NADA).
WADA filed an urgent application before the CAS ad hoc Divison to the challenge the decision of NADA India to exonerate Narsingh Yadav following two positive anti-doping tests with methandienone on 25 June and 5 July 2016. The athlete asserted that he was the victim of sabotage (food/drink tampering)by another person. WADA requested that a 4-year period of ineligibility be imposed on the athlete.
The CAS Panel in charge of this matter heard the parties and their representatives today between 13:)) and 17:00 at 18:45 on Thursday, the parties were informed that the application was upheld, that Narsingh Yadav was sanctioned with a four year ineligibility period startng today and that any period of provisional suspension or ineligibility effectively served by the athlete before the entry into force of this award shall be credited against the total period of ineligibility to be served. Further more, all with all results obtained by Narsingh Yadav from and including 25 June 2016 shall be disqualified, with all resulting consequences (including forfeiture of medals, points and prizes).
The CAS panel did not accept the argument of the athlete that he was the victim of sabotage and noted that there was no evidence that he bore no fault, not that the anti-doping rule violation was not intentional. Therefore the standard 4-year period of ineligibility was imposed by the Panel.”