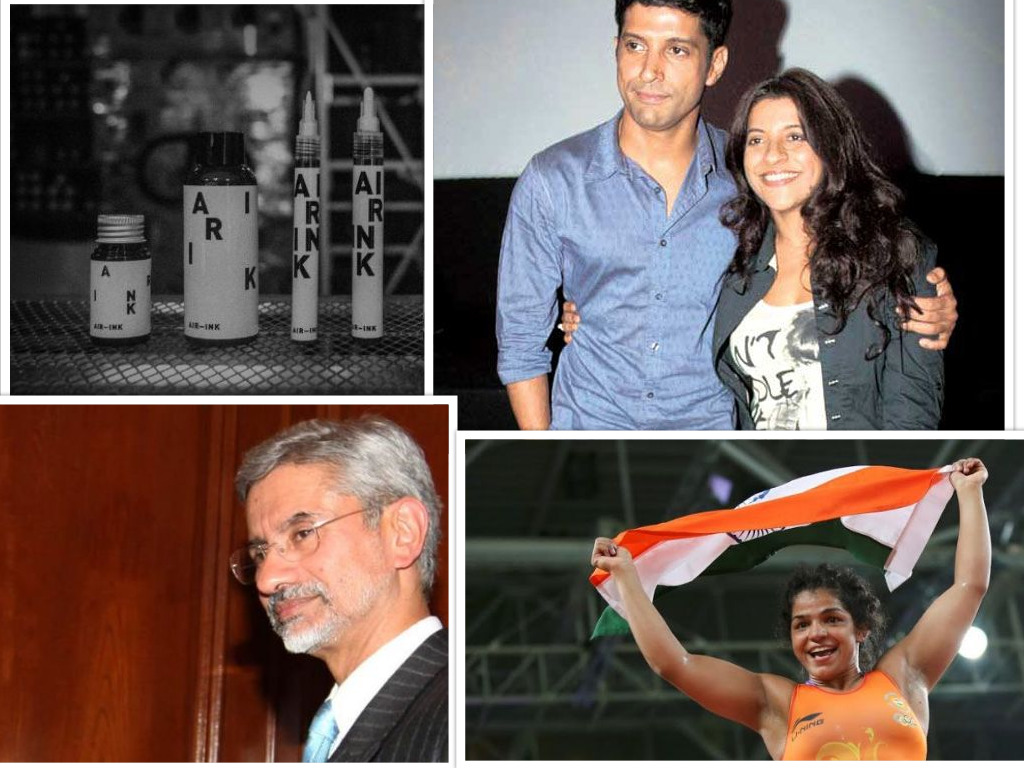 Farhan Akhtar shared the sweetest photo on his Instagram wish his sister, Zoya Akhtar on Raksha Bandhan. The picture features there then and now moments in life.

Sakshi overcomes all odds to make it big

An Indian startup company, Graviky Labs had invented an air ink. It is a new way to fight air pollution.

India today rejected Pakistan’s proposal to hold Foreign Secretary-level talks on Kashmir and made it clear that terrorism was “central” to its relations with Islamabad, whose different view and attitude has made it difficult for bilateral ties to grow.