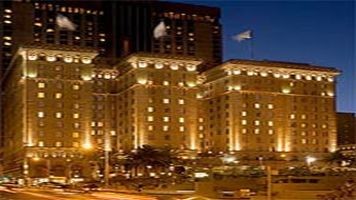 The iconic Plaza hotel of New York, owned by crisis-ridden Sahara group, has been named among the top rated hotel residences in the world.

According to New World Wealth’s survey which focused on the preferences of the world’s super-rich, The Plaza Pied-a- terre, New York has been ranked third in the list that was topped by St Regis Residences New York.

The Sahara group is trying to refinance its loans taken for three overseas hotels — Grosvenor House Hotel in London, New York’s Plaza and Dream New York hotels, while some bidders have expressed interest for the same.

New World Wealth interviews over 800 HNWIs every year in order to determine their preferences.

“Our wealth statistics leverage off our in-house HNWI database, which comprises dossiers on over 150,000 HNWIs from around the world,” it added.

Hotel residences refer to apartments/villas in existing hotels which can be purchased. They essentially allow owners to live in a hotel permanently and enjoy the same services as normal guests do (like room service, dining, cleaning and the like).

Originally a New York phenomenon, the hotel residence trend has now started to catch on in other major cities and holiday hotspots around the world, the report said.

The super-rich prefer hotel residences for a number of reasons, facilities are maintained whether one is there or not; it gives access to services like room service, cleaning; access to facilities such as pool, spa, entertainment, dining, bar; excellent security and reception facility.

Also Read: The fastest man(U. Bolt) complains of the tight schedule at Olympics