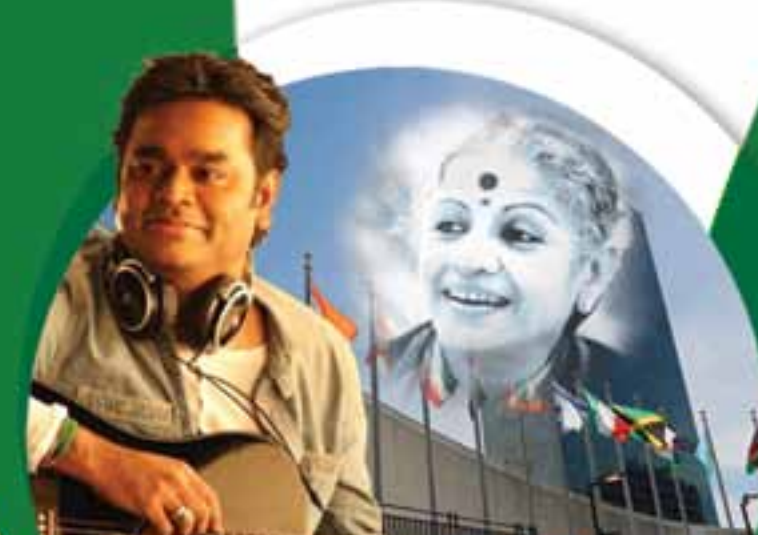 The 70th Independence Day of India will be celebrated at the United Nations General Assembly on 15 August, 2016.

The highlight of the event will be a musical evening by music maestro A.R. Rahman.

A Photo Exhibition will be held to commemorate the birth centenary of India’s carnatic music legend Dr. M.S. Subbulakshmi on 15-19 August, 2016 at the United Nations. This year marks the 50th anniversary of her performance at the United Nations. The photo exhibition will depict various facets and moments of Dr. M.S. Subbulakshmi’s life and times providing a rare insight to the music legend’s achievements.

Hon’ble Minister of State for External Affairs of, Mr. M.J. Akbar will attend the events.

The United Nations is also celebrating its 70th anniversary this year. As India celebrates its 70th Independence day, the event will emphasize that the wisdom of Indian traditions remains relevant to current global thinking. The musical evening will provide a glimpse of gaiety and dynamism of India on the occasion of [email protected]

A.R. Rahman, an internationally renowned music composer and musician, has won several international awards, including the Golden Globe, two Academy Awards and two Grammy’s for his work on the film score for Danny Boyle’s Slumdog Millionaire.

The event has received an overwhelming response visible in the rush for invitations and a full house is expected.