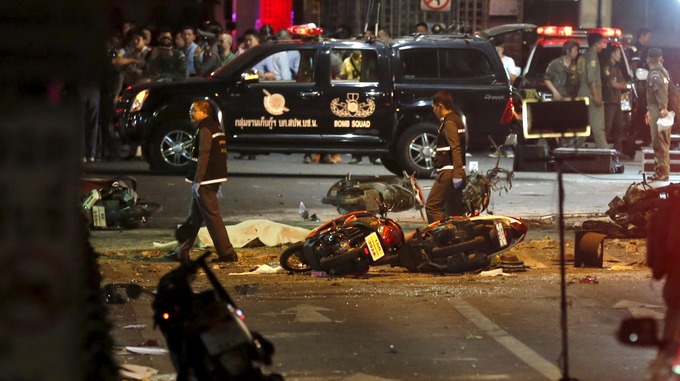 A series of blasts hit southern Thailand. The first explosion occurred at around 10 pm local time on Thursday night.

At least six blasts, hit two cities within 12 hours. Two bombs went off in the resort of Hua Hin, close to Bangkok, another blast took place around 700 metres away.

Another series of blast occured in Surat Thani city. The explosions occurred within few hundred metres from each other.

One bomb was identified and diffused by the authorities. Some bombs were in plant pot.

“The bombs are an attempt to create chaos and confusion,” PM Prayuth Chan-ocha said to reporters. “We should not make people panic more.”

Though no proper count can be acknowledged yet, a number of foreigners and locals were injured.

Friday also marks the birthday of Thailand’s Queen Sirikit, which is Mother’s Day in Thailand.