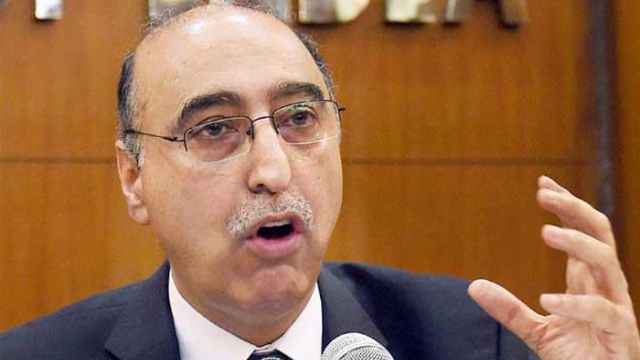 New Delhi: With growing cross-border tension between India and Pakistan, India on Tuesday summoned Pakistani High Commissioner Abdul Basit and handed him a “strong demarche” over Pakistan’s continued support to cross-border terrorism by pushing in trained terrorists to carry out attacks, particularly in Kashmir.

Foreign Secretary S Jaishankar called Basit to his South Block office and lodged a strong protest over the issue as he made a specific reference to LeT terrorist and Pakistani national Bahadur Ali, who was captured recently in North Kashmir during an encounter.

“Jaishankar called in the Pakistan envoy and issued a strong demarche on continuing cross border terrorism from Pakistan.

Ali, born in the Zia Bagga village of Lahore, was arrested by Indian

authorities in Jammu and Kashmir on July 25 with weapons (AK 47 rifle, live rounds, grenades, grenade launcher etc) as also sophisticated communication equipment and other material of Pakistani/ international origin, according to the demarche issued to Basit.

“Bahadur Ali has confessed to our authorities that after training in Lashkar-e-Toiba camps, he was infiltrated into India. He was thereafter in touch with an ‘operations room’ of LeT, receiving instructions to attack Indian security personnel and carry out other terrorist attacks in India,” it said.

The demarche mentioned that Ali, in a letter addressed to Basit, has requested legal aid and assistance to meet his family and India was prepared to grant the Pakistani mission consular access to him.

“The Government of India strongly protests against the continued infiltration from Pakistan of trained terrorists with instructions to carry out attacks. This is contrary to assurances given by the Pakistani leaders at the highest level,” as per the demarche.

Basit was summoned on a day when Prime Minister Narendra Modi reached out to people of Kashmir, which has been witnessing widespread unrest for over a month following the killing of Hizbul Mujahideen commander Burhan Wani in an encounter with the security forces. As many as 55 people have lost their lives in these incidents of violence.

The ties between India and Pakistan have seen growing bitterness after Pakistan and its Prime Minister Nawaz Sharif made provocative statements on the Kashmir situation in the wake of Wani’s killing on July 8.

Not only did Sharif praise Wani and hailed him as a “martyr” but he also asserted “Kashmir will one day become Pakistan”, a comment which evoked a sharp reaction from External Affairs Minister Sushma Swaraj, who said his dream of the state becoming a part of his country “will not be realised even at the end of eternity”.

The chill in bilateral relations was on full display during Home Minister Rajnath Singh’s visit to Islamabad for a SAARC ministerial meet last week when he and his Pakistani counterpart Chaudhry Nisar Ali Khan not only avoided a proper handshake but Singh also left without attending the lunch hosted by Khan.