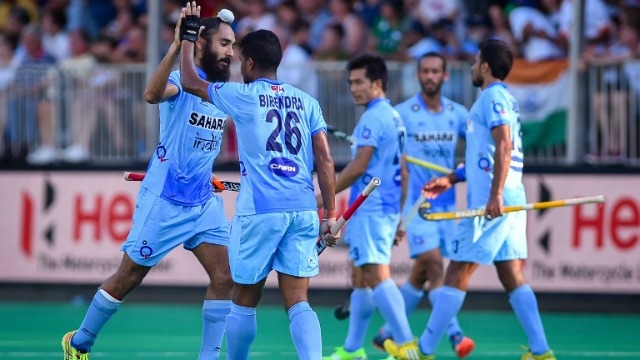 The Indian hockey team’s triumph over Argentina and archer Atanu Das performance on the fourth day increased the hopes of a medal for India. Archer Atanu Das entered in the Men’s Individual 1/8 eliminator by deafening its opponent, Cuba’s Adrian Andres Puentes Perez in a very close competition 139-135 Rio Olympics. On another hand, the Indian hockey team reached closer to quarter-final qualification by defeating Argentina 2-1, registering its second win the tournament after thrashing Ireland 3-2 and getting crushed by Germany 1-2. From the Indian side Manipuri boys, Chinglensana (8th minute) and Kothajit Khadangbam (35th) were the goal scorer, while Gonzalo Peillat (49th minute) secured a goal for Argentina.

The first three-quarters of the match were highly dominated by the team India, which was more coordinated in the attacks in comparison to the opponent. But it faced retaliated   attacks from Argentina in the fourth quarter of the match before securing a 2-1 win.

From Indian side Initial penetrations in the Argentine defence made by S.V. Sunil and Ramandeep, which provided India first penalty corner of the match. But good news came in the 8th minute Chinglensana converted the second penalty corner in the goal.

India went into half time leading 1-0.India successfully converted the lead into 2-0 in the second half as Kothajit Khadangbam scored a field goal in the Initial phase of the second half. Though, team Argentina seemed organized and effective in the last quarter but by that time it was too late.

But everything was not promising for India as rower Dattu Baban Bhokanal, failed to penetrate in the medal round. On the other hand, in the 25-metre women’s Pistol qualification round, Shooter Heena Sidhu failed to qualify for the medal round.