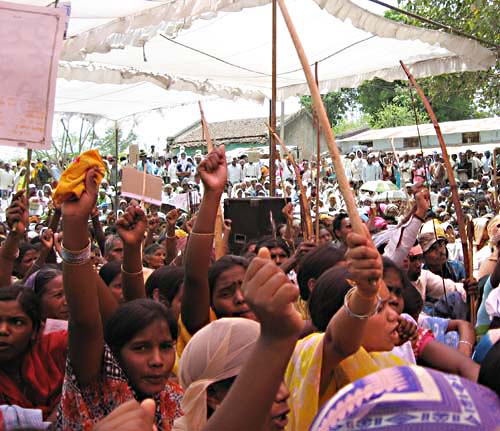 Congress today launched a five-day ‘padyatra’ in Kandhamal and accused Naveen Patnaik government of shielding those responsible for the death of five tribals during anti-Maoist operation a month ago.

Braving rains, Congress supporters joined the rally, ‘Kandhamal Adhikar Yatra’, to protest alleged inaction of the state government in the tragedy that took place at Gumudumaha on July 8.

The padayatra is scheduled to conclude on August 13 at Balliguda with a day-long demonstration.

Inaugurating the yatra at Gumudumaha, state Congress president Prasad Harichandan accused the BJD government of failing to take concrete action against the culprits though one month has elapsed since the killing took place.

Instead of booking those involved in the incident, the government is trying to shield the culprits in the name of conducting probe by a special investigation team (SIT), he alleged.

He charged the Naveen Patnaik government with working against the interest of the tribal people.

Harichandan also alleged that the state government has failed on all fronts and is making false claims about bringing development in the state.

The padyatra organised by the party is aimed at making people aware of the “misrule and misgovernance” during the BJD government, he said.