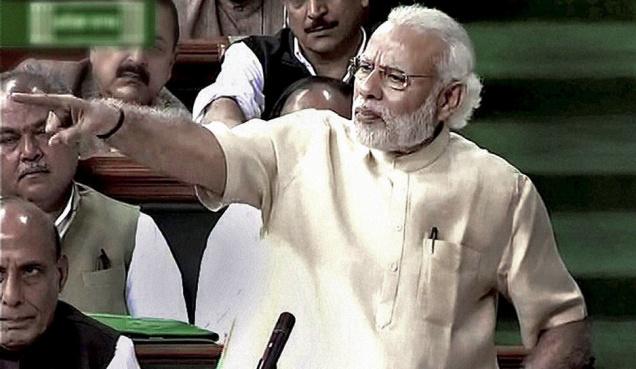 What the world is now terming the most important tax reform since the independence of India from British, the GST bill has become the talk of the town. After its historical approval by the upper house of India, GST bill is now to formed and passed by the state legislatures.

Narendra Modi now shifted his focus on the states since that is the next hurdle on the way. He said that having served the country in the position of CM, he well understands the problems that current CMs would face and that his government and council/advisors are looking at forming the bill accordingly. He assured that passage of GST is not a victory for a particular party, but for the democratic system in general. “An important move to free the nation from tax terrorism has begun,” said the Prime Minister in his speech.

A staunch believer in the institution of consensus, the Prime Minister said that the bill is being formed with combined efforts of all political parties, state governments. GST will help bead all the pearls of India into a single necklace, the Prime Minister assured the Lok Sabha.

To add to that, Narendra Modi also addressed the economic benefits of the GST. He said that the GST will unlock the potential of the transportation system of the country. Reduction of fuel wastage will help decrease the oil import bill. The GST acts as a bridge between economic disparity between states, and will help in increasing the prosperity and opportunities that every state receives.

For the common man, the Prime Minister points that GST discounts all the necessary goods such as medicines and food items. He also pointed out that it is the first for a Central Government to set a legalised inflation target of 2% plus minus 2% with the Central Bank. He pointed out to the financial benefits of GST.

Mr. Modi said that owing to the GST, even the poorest of people will have the ability to take loans from financial institutions. This will be a big boost to all household businessmen. An increase in money flow will directly increase investment and jobs in the economy, the Prime Minister told the parliament.