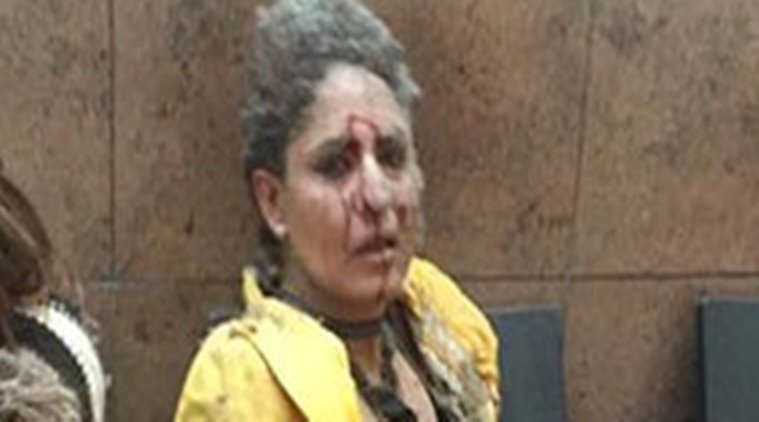 She was shocked when she saw her photographs during the attack. Nidhi Chapekar opened up to the News18 channel about the brutal Brussels attack.

“When I first heard the explosion, I thought the ceiling had fallen. But when I realised what was happening, when I heard the boom and smoke I wanted to go and help but my colleague stopped me and then there was chaos. Then there was another explosion and I was thrown away and I fainted.” She told the news channel.

While recalling the memory of horrific day, she told that she could not move as a metal has pierced her leg. The attack had made her rethink over issues of importance and to be taught to love:

“Who did this? Are they even human beings? Man is his worst enemy. I believe rather than provoking each other, turn the person’s thinking around. Revenge cannot be the answer. Teach the person love. Human beings should be messiahs of kindness. People have to be taught to love.”

She was worried how her children will see her after the attack as her face was burnt and their mother in half covered clothes. She mentioned their feelings which go beyond these words, “But when they looked at it, they said, that we could only see your strength and that your eyes were still open, that you still wanted to be alive. ”

After all that she has gone through, her strength was visible in these words, “We have to live. We have to move on, life has to go on. And if you can do better for somebody else, that’s good, that’s it. “