Rains lashed the financial capital of the country, Mumbai. In fact, the weather is to worsen according to the forecasting departments. Mumbai has forecast that a few spells of rain or showers are likely to occur in the city and its suburbs on Friday. Heavy rainfall is likely to occur at one or two places. 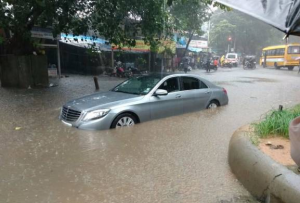 The Thane and Navi Mumbai municipal corporations have also been alerted of possible heavy rains over the next 48 hours in their respective jurisdictions by the IMD.

Security has been put on red alert. The Thane tehsildar’s office has asked these corporations to depute rescue staff at problem points. This is to be donealong the foothills and low lying areas in areas around Parsik and Belapur hills, etc. 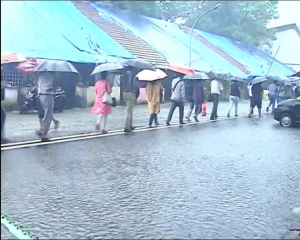 In fact, a high alert was sounded in parts of Pune after incessant rain forced the irrigation department to release water from an overflowing Khadakwasla dam on Wednesday.