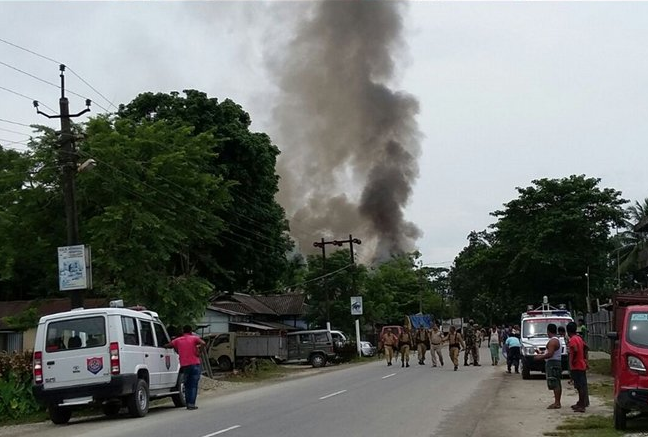 In recent updates from the state of Assam, terrorists have opened fire on civilians, killing at least 13 people and injured 18. The terrorists were dressed in outfits of the Indian Army. While one or two terrorists have been neutralised, it is believed that the rest are on the run and the security forces are currently trying to get the situation under control.

The terrorists fired from automatic weapons and hurled grenades. Some terrorists are said to be holed up inside a shop.

In further reports from departments, Mukesh Sahay, DGP of Assam has said that no terror group has so far claimed responsibility for the attack. Security forces are underway and further securing the affected areas.