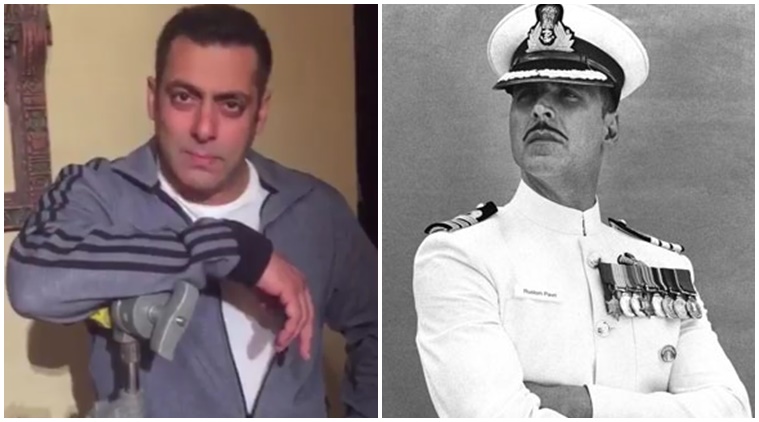 Calling Akshay, the “Rustom-e-Hind’ of the film industry, Salman, 50, took to social media to share the 12 seconds video.

“The movie of the ‘Rustom-e-Hind’ of our film industry is set to hit theatres soon. The name of the film is ‘Rustom’ and it will released on August 12. Go and watch Akshay Kumar’s film ‘Rustom’,” Salman said in the video, which was captioned #10DaysToRustom @akshaykumar.

The thriller has been directed by Tinu Suresh Desai. The film, which is based on the real-life incident of Naval Officer K M Nanavati, also stars Ileana D’Cruz and Esha Gupta.