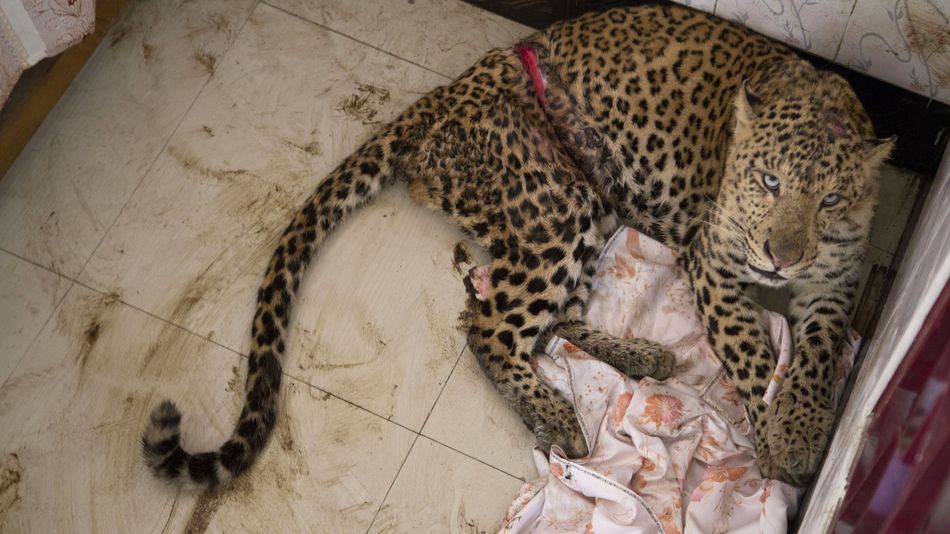 A Meerut couple on a vacation in the soothing atmosphere of Nainital in northern state of Uttarakhand had a shock of their life when they woke up to discover a leopard happily pacing around in their room!

After making sure the door was well bolted the couple called the hotel security before rushing out of their room. The security guards in turn notified the forest officials who arrived post haste on the spot armed with tranquilliser guns to stun the leopard. They also got a cage to capture it and take it back safely to the forest.

However, the wild animal, being locked in the small space had become agitated and was seeking an escape route. Also, it perhaps realised it was not safe and decided to escape from the place. The leopard quickly smashed the glass ventilator in the washroom and escaped before anyone present could react.

According to Forest Ranger Pramod Tiwari who was leading the capture party, the leopard was young, just one and half years old and it usually stayed in the forest. However, this one was being chased by wild dogs and unsure of how to react, it quickly decided to seek refuge in the closest place it could find – the hotel.

Also Read: This is how you can get your startup funded