Home Cityscape This woman is beating the odds of life’s hardships by starting a... 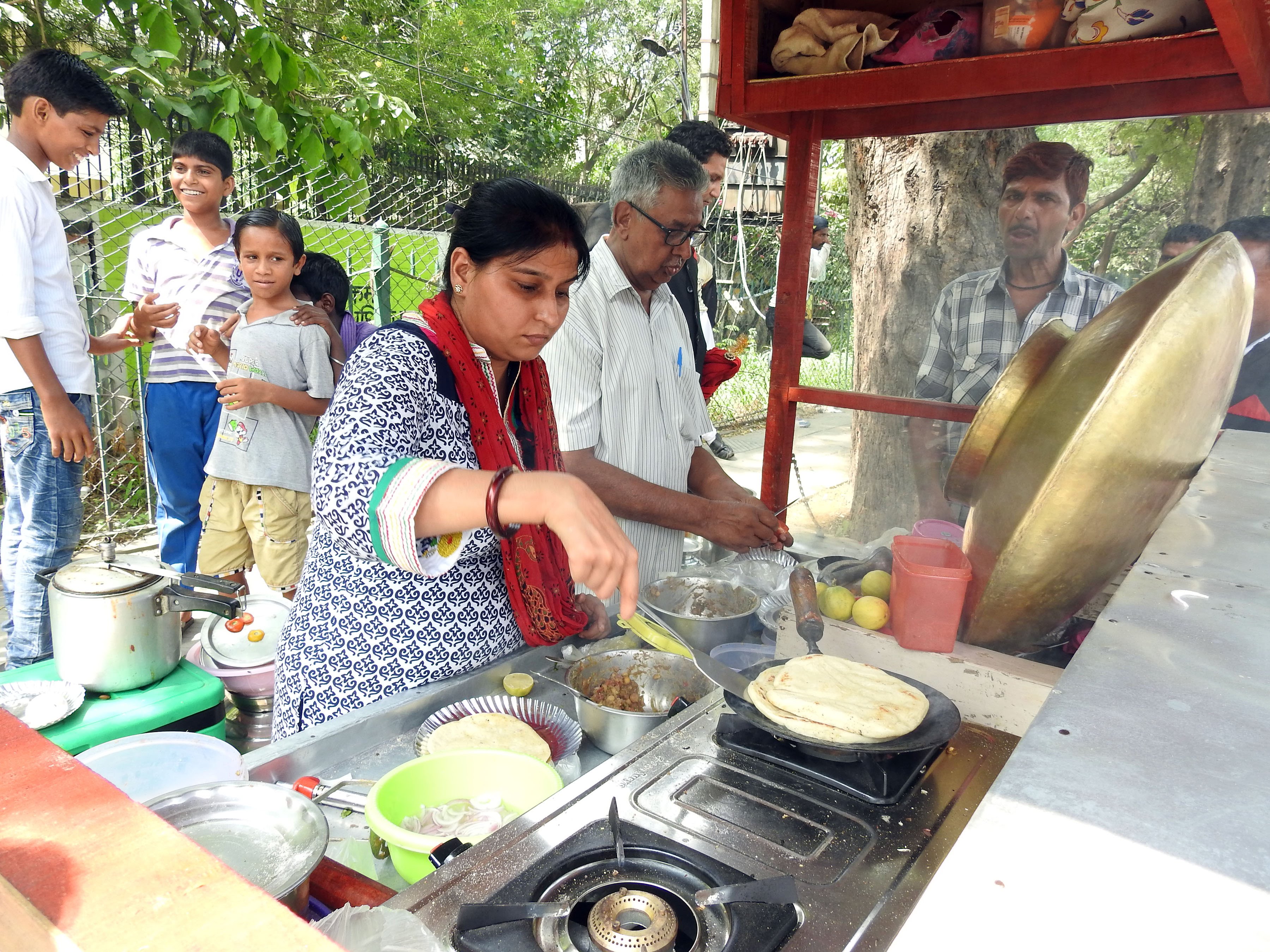 Life is not always a bed of roses, and comes with many unexpected turns. One such turn came into Gurugram’s Urvashi Yadav’s life, when her husband met with an accident in May. Though the injuries weren’t critical, the doctors anticipated the need of a surgery.

Though Urvashi contributed to the family money with her job as a nursery teacher, her husband was the primary bread-winner. Seeing the possibility of losing out on the chief income due to her husband’s surgery, Urvashi was taken aback by the flash of a probably grim future scenario.
It was these thoughts that led her to take her next paramount step of finding an alternate career for increasing her support to the family. Being proficient in cooking, Urvashi resolved that she will find her route in the food line, which ultimately led her to opening a Thela.

She told the media- “We weren’t facing any immediate financial crisis, but the thought of it scared me. I never wanted to be in a position where I would have to change my children’s school just because we couldn’t afford their education. I had an idea but I didn’t want to ask my family for money, because if it hadn’t worked, I would have been in even more trouble, financially.”
“My husband’s accident really shook me up. I tried to imagine our family without his income and the future looked grim. That’s when I decided to take matters into my own hands. I am good at cooking and I decided to use that skill to my advantage. The more acceptable option, according to our family and the society, would have been to open a restaurant or a catering business. But I didn’t have the funds for that. I was thinking about all of this one day when I was in the market to buy medicines for my husband, and I saw a roadside thela”, she added.

Urvashi’s husband had backed up the idea, while her kids and father-in-law had opposed it. But she found conviction in her own beliefs and went with it anyways.

She even spoke to another Thela owner, calculating the costs and other aspects, before starting her own.

Urvashi talks about her experience of her first day to work- “I was obviously very embarrassed about everything. Day one was the toughest and I was very uncomfortable. I covered my face, broke down, but eventually I pulled myself together. I hate to admit it but I was the kind of person who couldn’t live without an AC and I hated the sun in my face. Yet, there I was, standing on the side of the road on a hot summer day, getting chola kulchas ready for customers.”

But human nature pushes us to eventually adapt to all situations that life throws at us, and just like that, Urvashi too began to become more accustomed to her new occupation.

Initially her stall was a go-to breakfast spot for a few office-goers, but after a gracious facebook post about her story, posted by a Sunali Anand Gaur, went viral, Urvashi’s stall was flooded with people from all corners of the city, coming out to show their respect and support.

Her Thela, which began as a valient effort to fight back life’s inescapable hardships, is now becoming a landmark spot for the street food lovers of Gurugram, with its popularity increasing by many-folds every day.

Urvashi says, “My father-in-law is proud of me now and doesn’t let anyone in the family say anything to me. More than anyone else, I’m proud of myself because I never thought I could do this. In times of stress, you realise all that you’re capable of and that’s what has happened to me.” 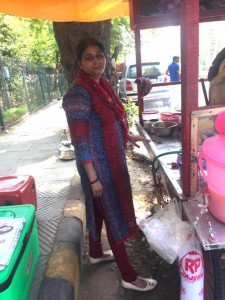 Urvashi is now saving up money, and hopes to convert her humble stall into a food truck, while continuing to keep saving for her husband’s treatment and her kids’ educational expenses.
The Thela stands proud in the Sector 14 market of Gurugram, opposite Gulaab sweets, and you can visit it anytime between 8am to 4pm.

The following is the facebook post by Sunali Gaur regarding Urvashi, that caught huge attention on social media: