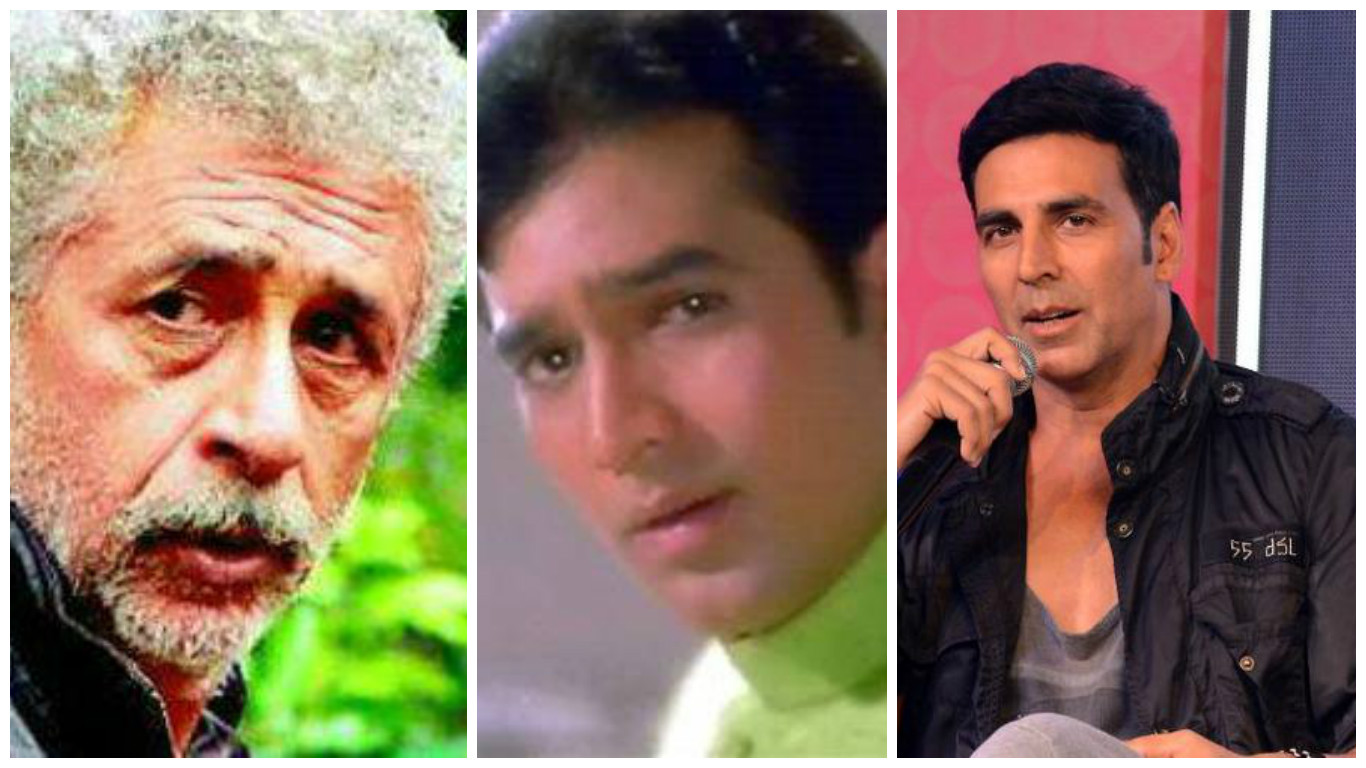 Shah had commented on Rajesh Khanna being a “poor actor”, and that didn’t go down well, especially with Twinkle, who took to twitter and said, “Sir if you can’t respect the living, respect the dead. Mediocrity is attacking a man who can’t respond.”

But allegedly Naseer has made an apology to Mr. Khanna’s vexed family, as revealed by Akshay Kumar during a press conference.

On being asked whether he was hurt by Naseer’s remarks about his father in law, Akshay said that, “It’s okay. Everything is finished. He apologised. So everything is over. Let’s go ahead.”
He wasn’t willing to elaborate any further on the matter however, as when he was prompted, his response went like- “Don’t try and get something out of me. Let this industry be together. We are all in peace. Don’t make it pieces. Everything is over. If he apologised, we all should be gracious enough to let it go.”

The controversy had began when in an interview, Shah while speaking about the substandard of Bollywood during the 70’s , had shouldered the blame on the popularity of Rajesh Khanna, India’s first declared superstar, for the trend of bad quality cinema in that era.
Naseer had said, “It was the 70’s when mediocrity came in Hindi films. That’s when the actor called Rajesh Khanna joined the industry. For all his success, I think Mr Khanna was a very limited actor. In fact, he was a poor actor. Intellectually, he wasn’t the most alert person I have ever met. His taste ruled the industry.”
He further added, ‘The quality of script, acting, music and lyrics deteriorated. Colour came in. You could make a heroine wear a purple dress and hero a red shirt, go to Kashmir and make a movie. You didn’t need a story. This trend continued and I certainly think Mr Khanna had something to do with it because he was God in those days.”