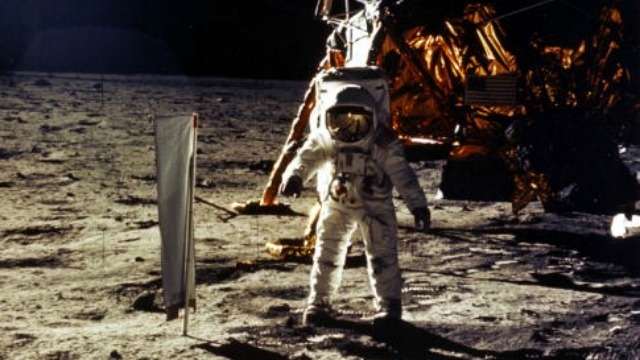 Apollo astronauts who ventured to the moon are at five times greater risk of dying from heart disease than shuttle astronauts, U.S. researchers said on Thursday, citing the dangers of cosmic radiation beyond the Earth’s magnetic field.

The study by researchers at Florida State University and NASA found that three Apollo astronauts, including Neil Armstrong, the first person to walk on the moon, or 43 percent of those studied, died from cardiovascular disease, a finding with implications for future human travel beyond Earth.

The research, published in the journal Scientific Reports, was the first to look at the mortality of Apollo astronauts, the only people so far to travel beyond a few hundred miles (km) of Earth.

It found that the chief health threat to the Apollo astronauts came from cosmic rays, which are more prevalent and powerful beyond the magnetic bubble that surrounds Earth.

NASA disputed the findings, saying it was too early to draw conclusions about the effect of cosmic rays on Apollo astronauts because the current data is limited.

The results of the study have implications for the United States and other countries, as well as private companies, such as Elon Musk’s SpaceX, which are planning missions to Mars and other destinations beyond Earth.

For the study, the researchers examined the death records of 42 astronauts who flew in space, including seven Apollo veterans, and 35 astronauts who died without ever going into space.

They found the Apollo astronauts’ mortality rate from cardiovascular disease was as much as five times higher than for astronauts who never flew, or for those who flew low-altitude missions aboard the space shuttle that orbited a few hundred miles above Earth.

A companion study simulated weightlessness and radiation exposure in mice and showed that radiation exposure was far more threatening to the cardiovascular system than other factors, lead scientist Michael Delp said in an interview.

“What the mouse data show is that deep space radiation is harmful to vascular health,” he said.

So far, only 24 astronauts have flown beyond Earth’s protective magnetic shield, in missions spanning a four-year period from December 1968 to December 1972.

Of those, eight have died, seven of whom were included in the study. The cause of death of the eighth astronaut, Apollo 14’s Edgar Mitchell, who died in February 2016, has not been released, so he was excluded from the study, Delp said. Mitchell was the sixth person to walk on the moon.

Delp and colleagues are working on a follow-up study that includes more detail on family medical histories, smoking and other factors.