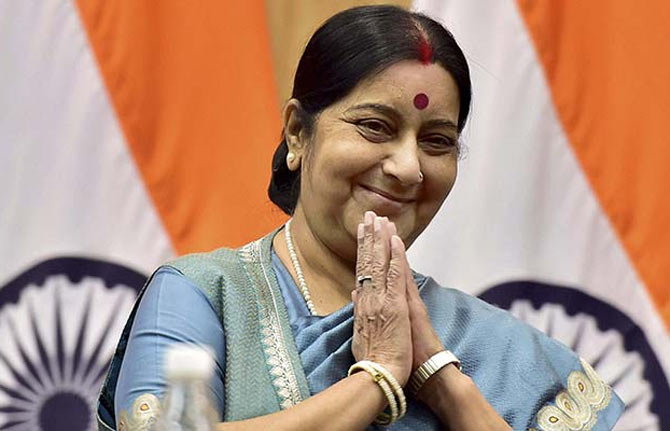 Swaraj while paying homage Mahasweta Devi mentioned names of two books, ‘Pratham Pratishruti’ and ‘Bakul Katha’. Both these books were not written by Mahasweta Devi but by Ashapurna Devi.

Mahashweta Devi wonderfully illustrated the might of the pen. A voice of compassion, equality & justice, she leaves us deeply saddened. RIP.

Minister of External Affairs, Sushma Swaraj too took to Twitter to express condolence and said that the works of the writer had “left a lasting impression” on her life.

The demise of Mahashweta Deviji is the end of a literary era. /1

However, something went terribly wrong when the accolades were wrongly attributed. Swaraj while paying homage Mahasweta Devi mentioned names of two books, ‘Pratham Pratishruti’ and ‘Bakul Katha’. Both these books were not written by Mahasweta Devi but by Ashapurna Devi.

Given to Swaraj’s wide following  and popularity on Twitter and Mahasweta Devi trending, the post drew quick attention and the External Minister was trolled for confusing the works of the two authors, following which she deleted her second tweet.

Both ‘Pratham Pratishruti’ and ‘Bakul Katha’ that apparently left a ‘lasting impression’ on Swaraj’s life are by Ashapurna Devi. Twitter noticed immediately and corrected the minister. Unfortunately for Swaraj, nothing is untraceable on the Internet.

@SushmaSwaraj None of these are written by Mahasweta Devi. Confusing with Ashapurna Devi. Change ur script writer. Shame!

Though the tweet was deleted, people criticised the minister and posted photos of her deleted tweet and termed it as ‘ignorance’.